Saudi Crown Prince Mohammad bin Salman has told Pakistani Prime Minister Imran Khan to consider him as his country’s ambassador to Saudi Arabia, adding that he simply could not say to Pakistan. 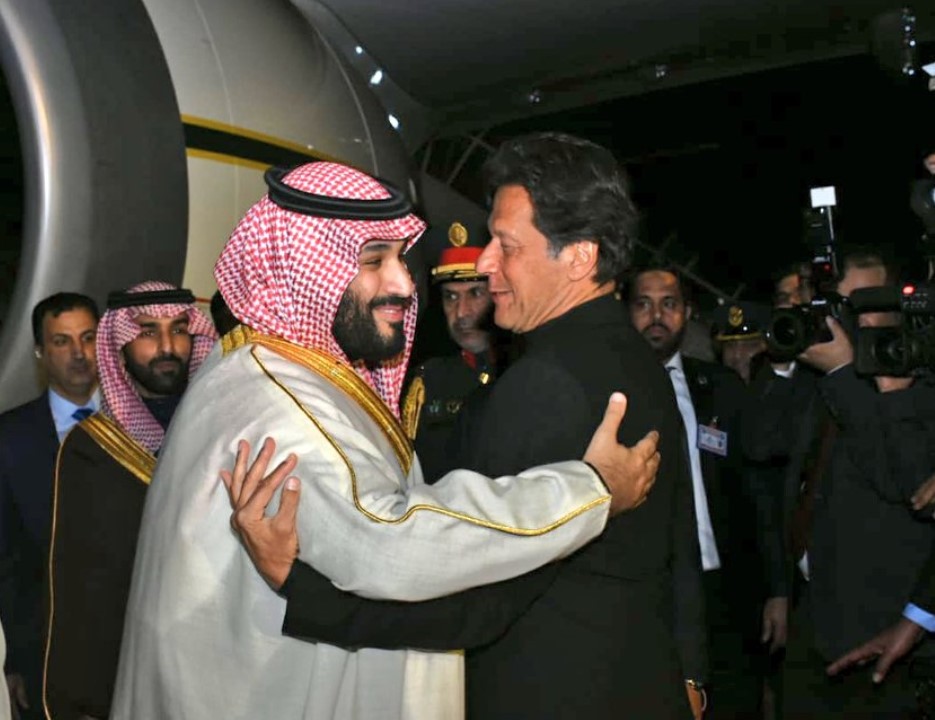 This was after Khan, aaso a World Cup winning Pakistani cricket legend, made a passionate plea to the Saudi Crown Prince, also known as MBS, to treat around 2.5 million Pakistani labourers working in Pakistan with dignity.

Khan said, “I just wanted to mention that there are 2.5 million Pakistani labours..I just want to say your highness that these are people, very close to my heart. Very special people, who leave their families, who take all the trouble just to go away to earn a livelihood for their families. These are mostly people, who don’t see their families for a year, six months…It is something which will please the Almighty. If we can treat them, there are some three thousands prisoners there.”

Khan concluded his short impromptu speech by saying, “We consider your people as our brothers and we would like to have the same feeling for them (Pakistani workers).”

Crown Prince Mohammad bin Salman won the hearts of the people of Pakistan when he said “consider me Pakistan’s ambassador to Saudi Arabia” in response to my asking him to treat the 2.5 mn Pakistani’s working in KSA as his own.#CrownPrinceinPakistan pic.twitter.com/Xr0E2EWKrK

This prompted MBS to make an immediate announcement that he will immediately act on Khan’s plea as he said, “Mr Prime Minister, just to reassure you. Just consider me in Saudi Arabia as the ambassador of Pakistan. We can not say no to Pakistan. Whatever we can do, we will deliver that.”

The extraordinary promise of friendship by MBS earned him huge applause.

MBS arrived in Pakistan on Sunday, when he signed contracts with Pakistan worth $20 billion. This is his first visit since being declared heir to the Crown in Saudi Arabia. His visit to Pakistan is also taking place amidst India’s pledge to isolate its hostile neighbouring country for its alleged role in the last week’s Pulwama terror attack.

MBS will arrive in India tomorrow before flying to China on a two-day visit.