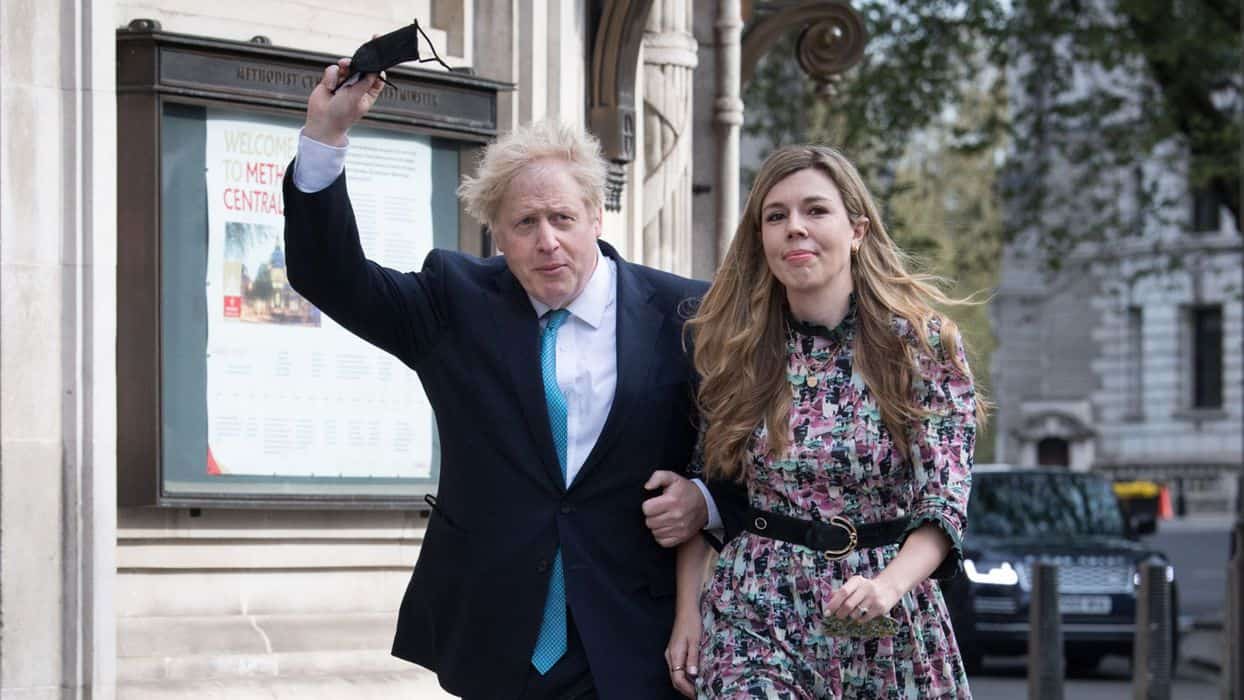 A report by London’s Sky News said that 56-year-old Johnson married his 33-year-old partner in a secret ceremony at Westminster Cathedral earlier on Saturday. Johnson has not commented on the reports of his secret marriage but one of the officials from 10 Downing Street was quoted as saying, “I have been strictly told not to comment.”

British tabloid, The Sun, reported that at 2 PM, half an hour after the church suddenly locked down, a limo carrying Carrie swept into the piazza by the main west door. “She stepped out wearing a flowing white dress, but with no veil,” the report added.

The couple walked down the aisle of the tiny Lady Chapel to classical music and reportedly shared a kiss after their vows were read. According to The Guardian, the couple’s year-old son Wilfred is believed to have attended the nuptials along with two official witnesses.

A close friend of Carrie was quoted as saying, “They are both absolutely thrilled. The whole thing has been conducted amid great secrecy and planned meticulously. It was just their secret and that made the day so special.”

The news of the British PM secretly getting married comes just days after 10 Downing Street refused to comment on media reports claiming his plans for a lavish wedding next summer.

Johnson first got married at the age of 23 to Allegra Mostyn-Owen in 1987. However, his marriage came to an end after it emerged that Johnson was having an affair with lawyer and childhood friend Marina Wheeler. He later married Wheeler in 1993. The couple have four children. They separated in 2018 and were divorced in 2020.

Carrie, who was pregnant with Johnson’s child, was in the news last year after she tested positive for coronavirus. She gave birth to the couple’s son, Wilfred Lawrie Nicholas Johnson, on 29 April 2020 at University College Hospital in London.