Israel’s incumbent prime minister, Benjamin Netanyahu, has hit out at his country’s judiciary and police of attempting to carry out a coup against him after he was indicted for fraud, bribery and breach of trust. 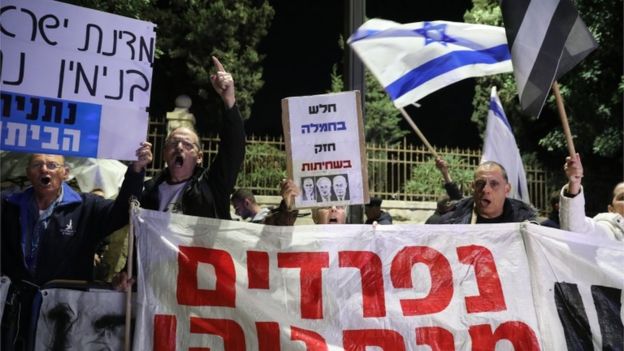 This was after Attorney General Avichai Mandelblit said that he had made the decision to charge Netanyahu with three serious charges ‘with a heavy heart’ to show that no one was above the law in Israel. Mandelblit had said, “Law enforcement is not a choice. It is not a matter of right or left. It’s not a matter of politics.”

In response, Netanyahu launched a tirade against his own country’s judiciary, police and others accusing all of them of plotting a coup against him. In a 15-minute speech, Netanyahu said that he will ‘not let the lie triumph.’

Netanyahu, often dubbed as a bloodthirsty Israeli prime minister for his act of brutalities using terrorists masquerading as soldiers against helpless Palestinians, is contemplating changing the law to secure immunity failing which he will have to step down from his post as the incumbent PM.

Here are the four cases of fraud, bribery and corruption against Netanyahu as highlighted by BBC.