Days after denying, Iran has finally admitted to shooting down the Ukranian passenger jet, killing all 176 onboard. A report by Iranian state TV said that the country’s military had mistaken the passenger plane for a ‘hostile target’ as one of its ballistic missiles hit the Ukrainian International Airlines Boeing 737-800. The report said that those responsible will be held accountable. 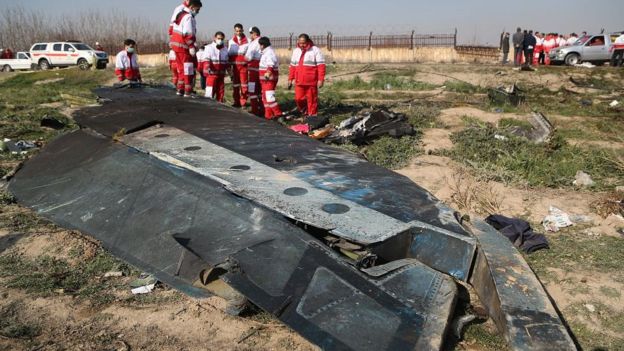 Iranian foreign minister, Javad Zarif, took to Twitter to write, “A sad day. Preliminary conclusions of internal investigation by Armed Forces: Human error at time of crisis caused by US adventurism led to disaster. Our profound regrets, apologies and condolences to our people, to the families of all victims, and to other affected nations.”

Our profound regrets, apologies and condolences to our people, to the families of all victims, and to other affected nations.
?

A statement by the military said that it had done so due to ‘human error’ after the plane flew close to a sensitive site belonging to Iran’s Revolutionary Guards.

Iran’s confession came after the US, the UK and Canada expressed their fears that the Ukranian passenger plane may have been downed by one of the ballistic missiles fired by the Iranian military. US President Donald Trump had told reporters that he too had his suspicions. “I have my suspicions – I don’t want to say that because other people have those suspicions also. It’s a tragic thing. But somebody could’ve made a mistake on the other side. It was flying in… not our system, it was nothing to do with us… it was flying in a pretty rough neighbourhood and somebody could’ve made a mistake,” Trump was quoted as saying.

Ukraine too has said that it was examining reports that a missile brought down the plane. Iran, for its part, has denied the allegations.

Iran had earlier rejected the allegations that its military downed the passenger plane.