Former India cricketer Sanjay Manjrekar has lashed out at his ex-teammate Ravi Shastri for the latter’s comments on Virat Kohli’s decision to step down as the captain of the Indian Test team. Manjrekar, who played for India under Ravi Shastri’s captaincy, even accused the former India head coach of running an agenda while commenting about Kohli’s captaincy. 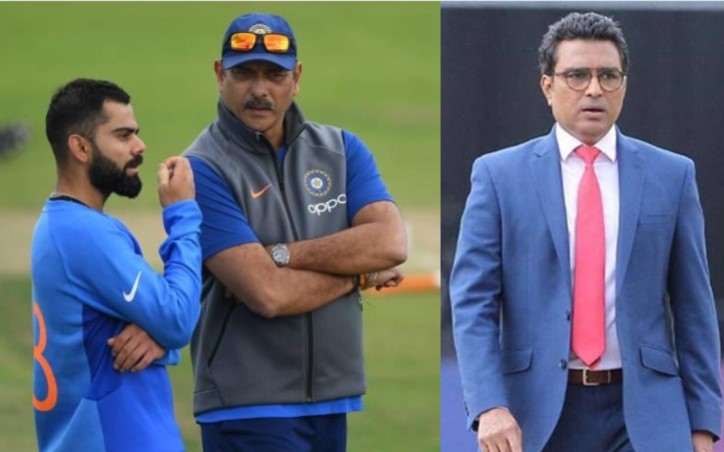 This was after Shastri told a TV channel that Kohli still have at least two years left as a captain but would have led India to win 50-60 Test matches but ‘a lot of people will not be able to digest that fact.’

“Whether Virat could have continued to lead India in Tests. For sure, he could have led India for at least 2 years because next two years India would be playing at home and who is coming over – 9 and 10 jacks, going by the rankings. But he would have then made it to 50-60 wins under his captaincy and a lot of people will not be able to digest that fact,” Shastri was quoted by India Today as saying.

Lashing out at Shastri for his comments, Manjrekar said, “I don’t have an idea. I was a huge admirer of Ravi Shastri. I played under him, he gave players support, a great fighter, senior. This Shastri 2.0 I don’t understand.”

“What he says in public is expected, I don’t react to it. I don’t want to be disrespectful. He doesn’t make very intelligent comments, you can see the agenda behind it. It’s not an accurate cricketing observation,” Manjrekar told News18.

Responding to Shastri’s observation that Kohli could have successfully led India in Test matches for the next two years, Manjrekar said he did not agree with his former teammate and fellow Mumbaikar.

“No, he did have a couple of years, especially in Tests where his spirit was key. His playing XI selection hasn’t been good, a legacy that is left behind by previous management. So he did have a couple of years, but his form was a problem. He generally bounces back quickly, but he has found that difficult. He didn’t want that added pressure. Plus the landscape around him, scenario around him had changed. He wants everything going for him, but that has changed. That was an added challenge, which he didn’t want to take on while focusing on his batting,” Manjrekar added.

Kohli had stunned everyone by stepping down as the captain of the Test team immediately after India lost the third Test against South Africa in Cape Town. The defeat in Cape Town meant that India also lost the series 1-2.

Speaking to former Pakistani bowler Shoaib Akhtar on the latter’s YouTube channel, Shastri had revealed how Kohli was like a beast on a cricket field while Rohit Sharma was a ‘laid-back’ character.