West Indies on Thursday suffered a dramatic collapse in their batting in front of a tight Indian bowling attack as they lost their crucial World Cup match at Old Trafford by 125 runs. 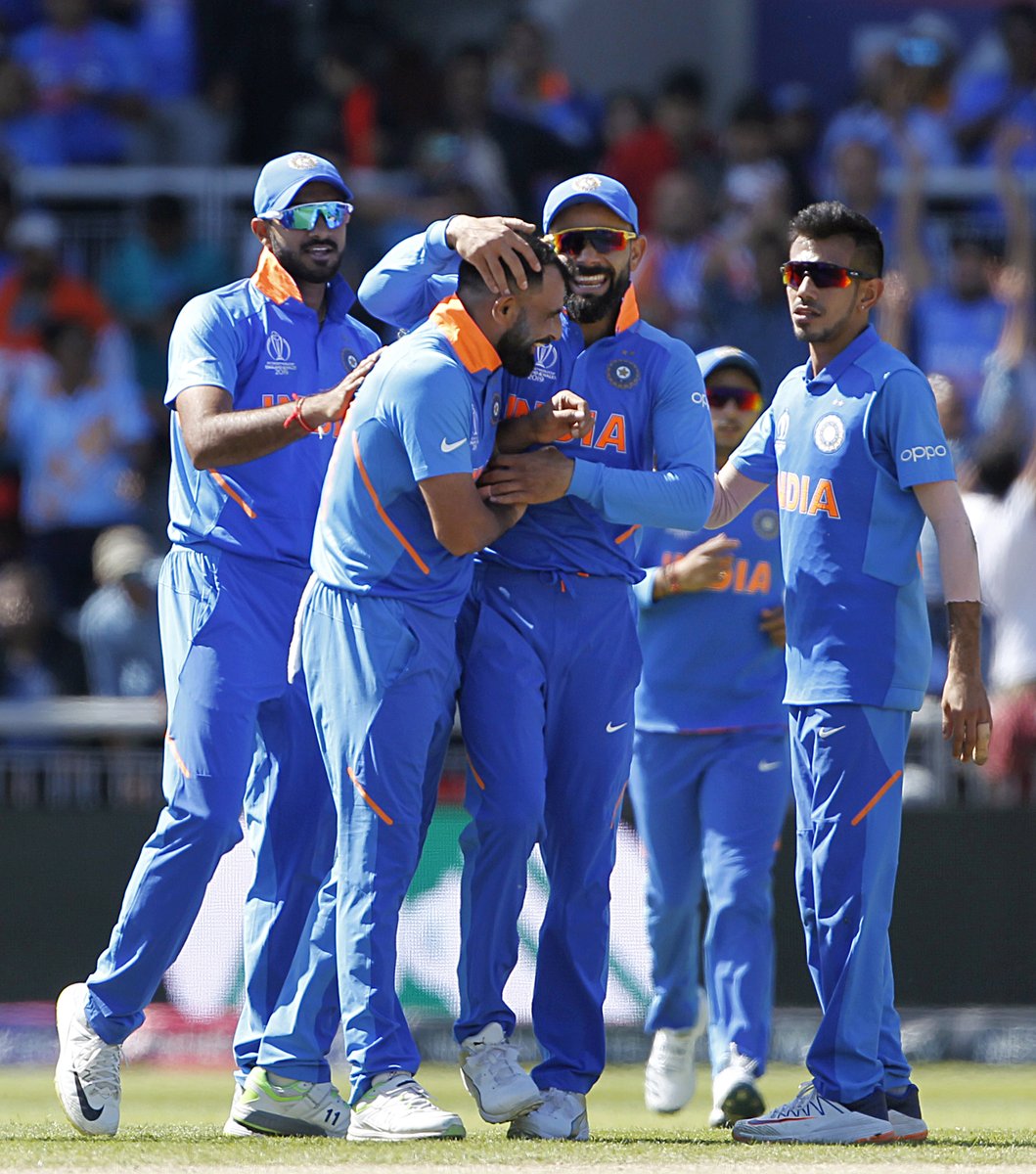 After winning the toss, India chose to bat and scored 268 for 7 in 50 overs. Captain Virat Kohli was the top scorer for the Indian side with 72 runs. Also chipping in with the bat was Mahendra Singh Dhoni, who remained unbeaten at 56. KL Rahul and Hardik Pandya too contributed with 48 and 46 runs respectively.

West Indies began their innings disastrously as Mohammad Shami struck two crucial wickets in his opening spell getting both Chris Gayle and Shai Hope cheaply. West Indies were just 16/2 after six overs. Shami has now taken eight wickets in two matches after he completed a hat-trick against Afghanistan in the last match.

Ironically, he was only selected in the playing XI after Bhuvaneswar Kumar injured himself.

Jasprit Bumrah too shone with the ball as he scalped two wickets in two balls, missing a chance to achieve hat-trick in the 27th over.

West Indies still have a chance to qualify to the semi-final with two more matches to go. India, on the other hand, now have 11 points after six matches. The men in blue are still unbeaten in the competition.

Kohli said, “We can’t complain, we have just become number one side in the world and we have been playing like that for a while now. Things hadn’t gone our way with the bat in the last few games but we have found a way to win.

“Getting 270 was crucial after being 150-4, we rebuilt the innings and got to a winning total. On that wicket 270 was always going to be tough to chase.”