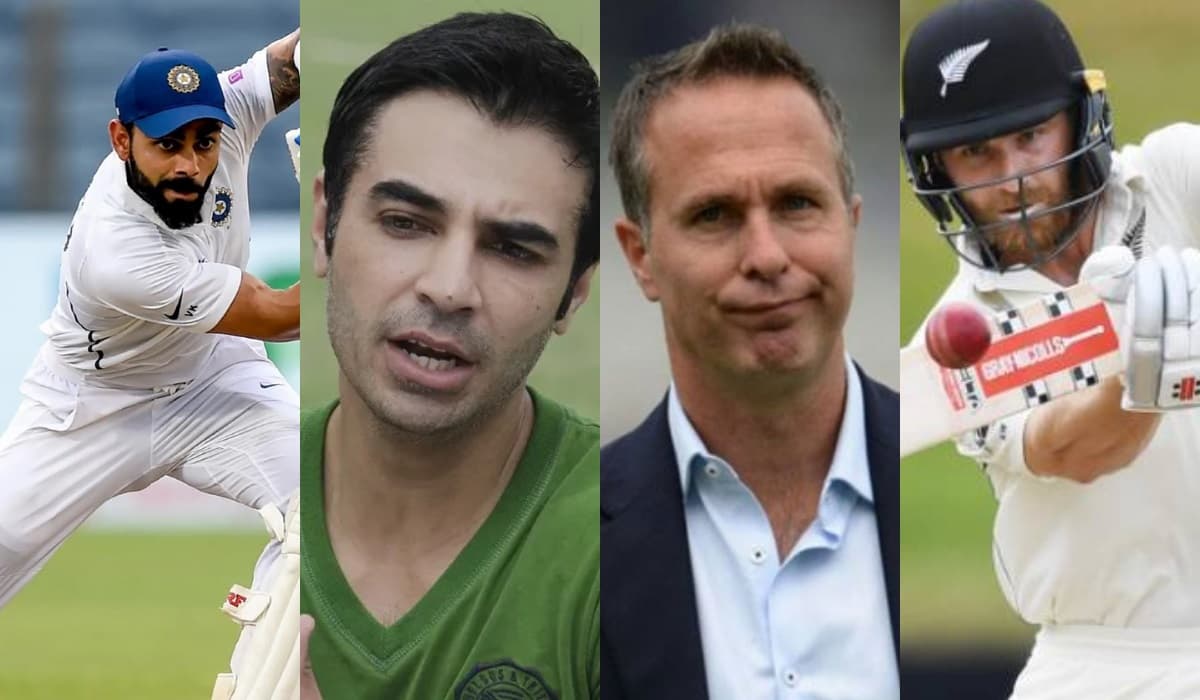 The war of words between them was triggered by Vaughan’s comments last week stating that Williamson would be the greatest player in the world if he was an India. This evoked a sharp response from Butt, who questioned Vaughan’s credentials in his YouTube video.

Butt asked, “A wierd trend has started these days. Somebody would compare Shaheen (Afridi) with someone from the past. If a bowler is bowling good swinging yorker, he would immediately be compared with Waqar (Younis). These people are the best from their era.”

As for Virat Kohli, Butt said that he belonged to a country, which has one of the highest populations in the world. “So, he would have more fan following. But his performance is also better than everyone else. At this point of time, no one in the world has 70 centuries. His performance is outstanding and that’s why he’s been dominating the batting rankings for a long time,” he added.

Butt said that there was no need to compare Kohli with anyone. Taking a potshot at Vaughan he said, “Now, who of all players has compared here? Michael Vaughan. He’s been a fantastic player. A right-hand batsman, he played beautifully. He was a good captain but when it came to batting, his output didn’t match his talent. He did well in Test cricket, but never scored a century in ODI.”

Butt didn’t stop here. He said that Vaughan was very good at lettering something, which was capable of triggering a controversy.

Responding to Butt’s criticism, Vaughan tweeted, “…I seen what Salman has said about me … that’s fine and he is allowed his opinion but I wished he had such a clear thought of mind back in 2010 when he was Match fixing !!!”

Butt represented Pakistan in 33 Test matches and scored 1,889 runs with three centuries. He also played for his country in 78 matches to score 2,725 runs with 10 centuries.