Indian cricket captain Virat Kohli on Friday faced incessant trolling after he posted a photo of himself with a selected few players from the team. The photo, whose caption read ‘quad,’ had  Ravindra Jadeja, Navdeep Saini, Khaleel Ahmed, Shreyas Iyer, Krunal Pandya, Bhuvneshwar Kumar and KL Rahul posing with the national team captain. 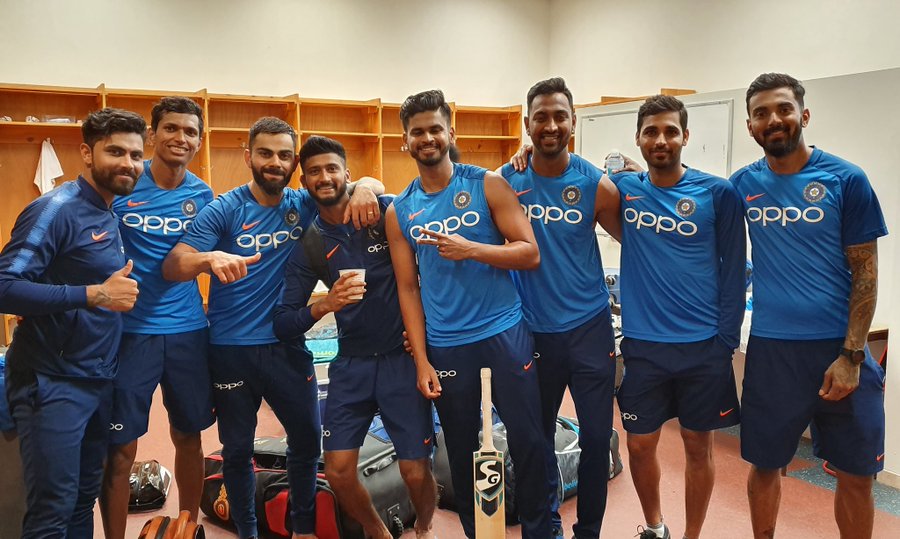 Kohli began to face criticism from social media users for not having Rohit Sharma in the photo.

No sooner did Kohli share the photo, questions like ‘why is Rohit Sharma not in the squad?’ or ‘Where’s Rohit Sharma’ began to dominate the conversations on his timeline.

Where is our world cup hero @ImRo45 ?
Please step down from captaincy just for country. And Give A chance to Rohit Sharma To Lead This Team.
Dont Angry with me I Sorry to Say That Practically You Really Don’t know How To Make A Good Team.
You kiked off @ajinkyarahane88

Where is Rohit Sharma

There have been reports of s serious rift between Kohli and Sharma ever since India failed to reach the World Cup final last month. Many reports said that the team was divided into two camps with Kohli and coach Ravi Shastri not consulting Vice-Captain Rohit Sharma on team selection. Sharma was India’s highest scorer during the World Cup with five centuries in the competition.

What added fuel to the fire was Sharma’s decision to unfollow Kohli and his Bollywood actress wife Anushka Sharma on Instagram recently. Though, Kohli had later told reporters that there was no truth to reports of his rift with Sharma.

Rohit Sharma had later posted a cryptic tweet stating that whenever he walked out to play, he had his country in his mind.