Indian captain Virat Kohli on Sunday indirectly slammed the world cricket body for holding a world cup match at a ground with a crazy short boundary. Speaking after his side’s 31-run defeat at the hands of England, Kohli said, “The toss was vital, especially since the boundary was that short – the shortest you can have.. It is bizarre on a flat pitch. It is crazy things fall in place randomly.” 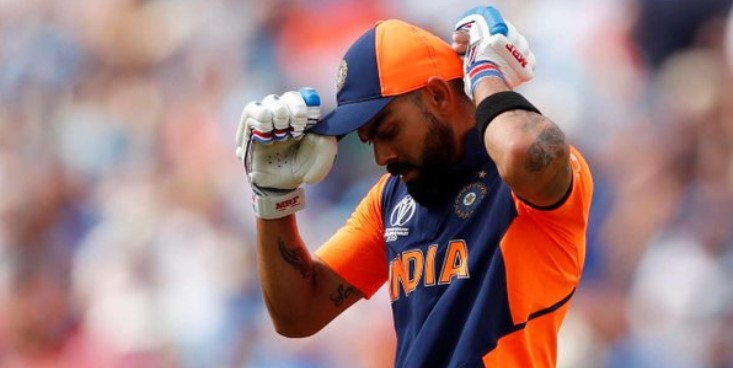 Batting first, the hosts had put up a mammoth total of 337 runs, but India fell short of 37 runs in their run chase. Jonny Bairstow hit six sixes as he played the match-winning knock of 111, but Kohli did not appear to be impressed with the short boundary on one side of the ground.

He said, “If batsmen are able to reverse sweep you for six on a 59-metre boundary there is not much you can do as a spinner. One side was 82 metres. They had to be a bit smart in the lines they bowled, but you can’t do much with a short boundary.”

Kohli scored his fifth consecutive 50 of this year’s World Cup but he once again failed to convert half-century into a ton.

India were unbeaten going into their match against England but the 2011 champions have still not been able to secure a place in the semi-final. They play Bangladesh at Edgbaston on Tuesday and a win against the Tigers will be enough for the Indians to qualify for the semi-final.

Kohli was asked about the slow batting by Mahendra Singh Dhoni and Kedar Jadhav when India needed to accelerate their run rate. He refused to be drawn into criticising the former India captain but said that his batsmen needed to be more clinical in their approach without naming Dhoni.

“We have to accept it. We are still playing good cricket. The mood is the same in the changing room. We will learn from it and move forward. I thought England were going towards 360 and we did well to pull things back. We were happy at the halfway stage.

“If we were a bit more clinical with the bat, maybe the result would have been different.”

Meanwhile, the world governing body of cricket, the ICC, has told BBC Sport that that the location of pitches were determined months in advance of a fixture.