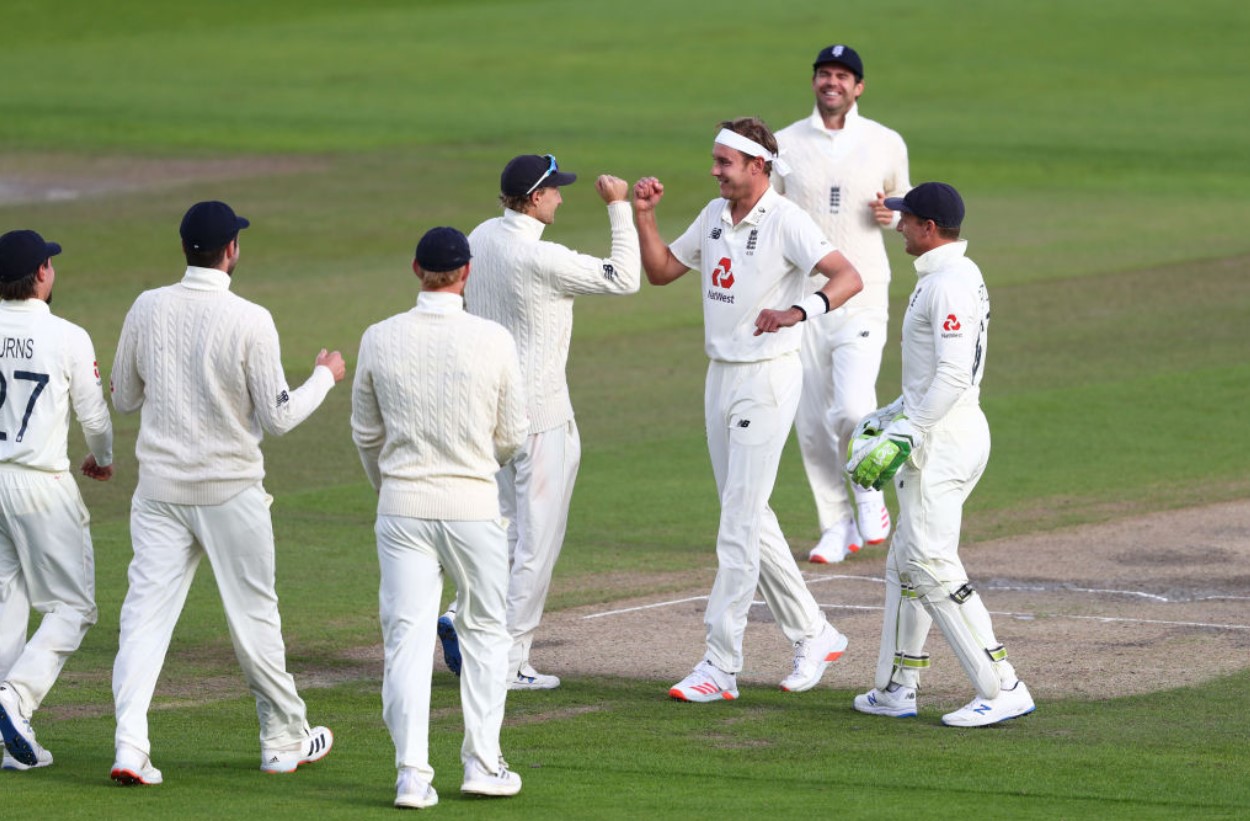 Earlier today, West Indies were bowled out for 197 as England took a sizeable lead of 172 in the first innings. Broad was the tormentor-in-chief as he finished an impressive spell of 6-31. James Anderson took two wickets while Chris Woakes and Jofra Archer shared one wicket apiece.

Broad will become the only second English bowler after James Anderson to complete a 500-wicket mark. England are the only team that will have two fast bowlers with more than 500 Test wickets to their credit.

James Anderson is short of just 11 wickets to complete 600 wickets in his Test career. He will also become the only fast bowler in the history of Test cricket to claim 600 wickets.

Reacting to Broad’s achievement, former England skipper Michael Vaughan told BBC, “Because Stuart Broad has had to always be around James Anderson it’s been Anderson then Broad. But what Stuart has achieved is remarkable. He’s had some low moments in the last few years, where his rhythm and pace have been done….The way he’s been bowling, he’s guaranteed to reach 500 Test wickets in this match.”