Sri Lanka on Friday pulled off a shock win against the hosts England by defeating them by 20 runs, posing serious questions on the hosts’ semi-final chances now. 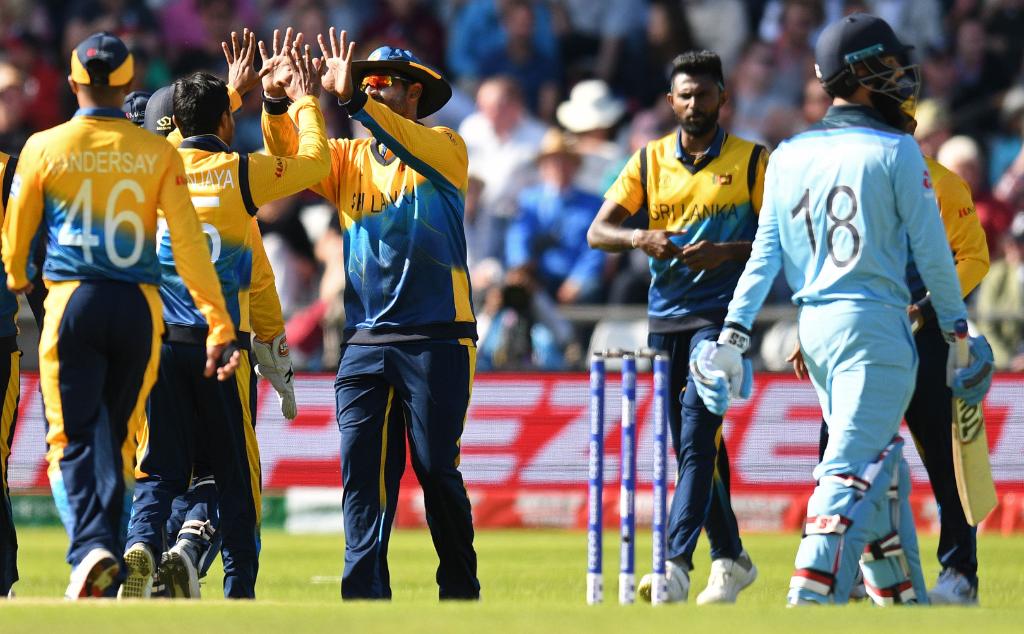 Batting first, Sri Lanka had set a target of 233 runs for England. But the hosts could never recover from the regular fall of wickets. Barring Ben Stokes, who fought a lone battle and Joe Root, who too scored a spirited fifty, all English batsmen failed miserably. Stokes remained not out at 86, but he simply ran out of partners at the other end.

Veteran Sri Lankan bowler Lasith Malinga the best performer for his side as he scalped 4 wickets for 43. He was adjudged Man Of The Match for his splendid performance. Speaking about his amazing performance. Malinga said, “We know how hard Ben Stokes hits it, he got two or three boundaries but we just kept bowling our stock ball. We stuck to our basic plan – line and length, no loose balls and add in some variations and bouncers.

“We want to carry on the momentum and confidence into the other matches.”

Former England captain Michael Vaughan slammed his national team by calling them worse than school boys. He tweeted, “You wouldn’t even expect this from Schoolboys ….”

You wouldn’t even expect this from Schoolboys …. #CWC19

England’s last three remaining matches are against Australia, India and New Zealand. English skipper Eoin Morgan said that today’s defeat was not likely to be a bad news for his side in the competition. He said, “Not at all. It’s a long, long tournament and there are huge opportunities in every game. We have three more to go.

“Australia is always a match you look to first in the World Cup fixtures and playing at Lord’s will make it all the more satisfying.”