Pakistani Captain Sarfaraz Ahmed is facing social media roasting after he sensationally elected to field first against arch-rival India in Manchester. India, invited to bat first, made a mockery of the much-talk-about Pakistani bowling attack with a run-fest. Rohit Sharma scored a brilliant century, while KL Rahul and skipper Virat Kohli too scored fifties without much fuss. Kohli also went on to cross the 11,000 run milestone in the One Day International. 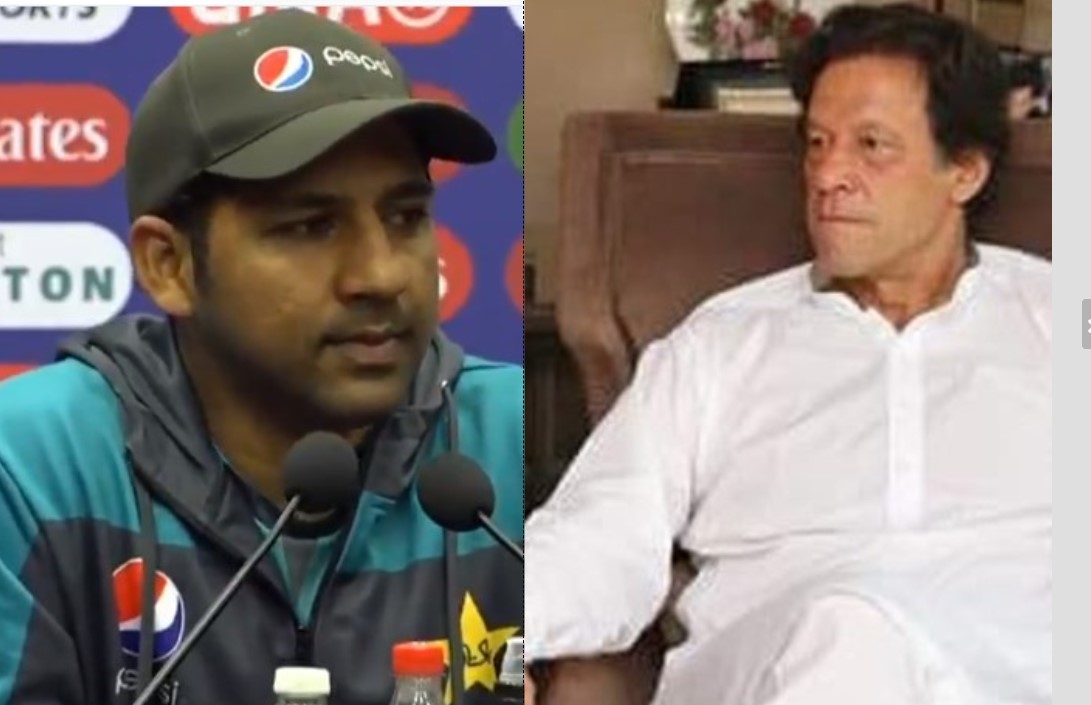 The Indian team’s splendid batting brought Sarfaraz’s decision to bowl first on a batting pitch under huge scanner particularly because Pakistani Prime Minister Imran Khan had posted a series of tweets advising him what to do if he won the toss.

Khan, who won Pakistan its only World Cup in the same competition in 1992, had written, “In order ro have a winning offensive strategy Sarfaraz must go in with specialist batsmen and bowlers because “Raillu Kattas” rarely perform under pressure – especially the intense kind that will be generated today. 2. Unless pitch is damp, Sarfaraz must win the toss & bat.”

4/5 1. In order ro have a winning offensive strategy Sarfaraz must go in with specialist batsmen and bowlers because “Raillu Kattas” rarely perform under pressure – especially the intense kind that will be generated today. 2. Unless pitch is damp, Sarfaraz must win the toss & bat

Hours later, Sarfaraz decided to ignore the advice of Khan and asked India to bat. This has made him a target of incessant criticism from Pakistani fans. While some demanded his sacking from the team, there were others who suspected an outsider’s hand behind his questionable decision.

Failed to understand Why Sarfaraz didn’t Bat first ? After winning the toss Who is behind his decision? Hope he can prove everyone wrong and maybe pakistan wins?????????(No Way )

I think BCCI bribed Sarfaraz which is why he didn’t take PM seriously, he went for money instead #INDvPAK

Meanwhile, demands for Sarfaraz’s sacking have grown louder on the microblogging site.

After the humiliations in this wc we need to sack sarfaraz …. not suitable as captain neither as wicketkeeper and bring rizwan in …. Asif Ali should get mature and go to domestic and so do shaheen and hasnain. Malik and hafeez should retire. (1/2)

Sarfaraz setup the team for failure by taking wrong decision. pak potential is to chase 260

i suggest firing sarfaraz at the end of this match.

The India-Pakistan clash in the World Cup competition has always been a keenly contested encounter with two arch-rivals trying to outdo each other. However, Pakistan have never been able to defeat India in the ODI World Cup. In 2003, when the Pakistani team led by Waqar Younis lost to India at Centurion in South Africa, many cricketers including the skipper were not able to return home for the fear of reprisals from fans. Younis was summarily sacked from his post, pushing his cricketing career into oblivion.

Meanwhile, the India-Pakistan game has been halted due to rain. The match had to be suspended when India were 305/4 in the 47th over.