England defeated India by eight wickets in the first T20 International of the five-match series after the hosts were bowled out for 124-7 in their quota of 20 overs. Eoin Morgan’s side took just 15.3 overs to achieve the target by losing just two wickets with 27 balls to spare. Two players, whose performances stood out in England’s victory were batsman Jason Roy and fast bowler Jofra Archer. 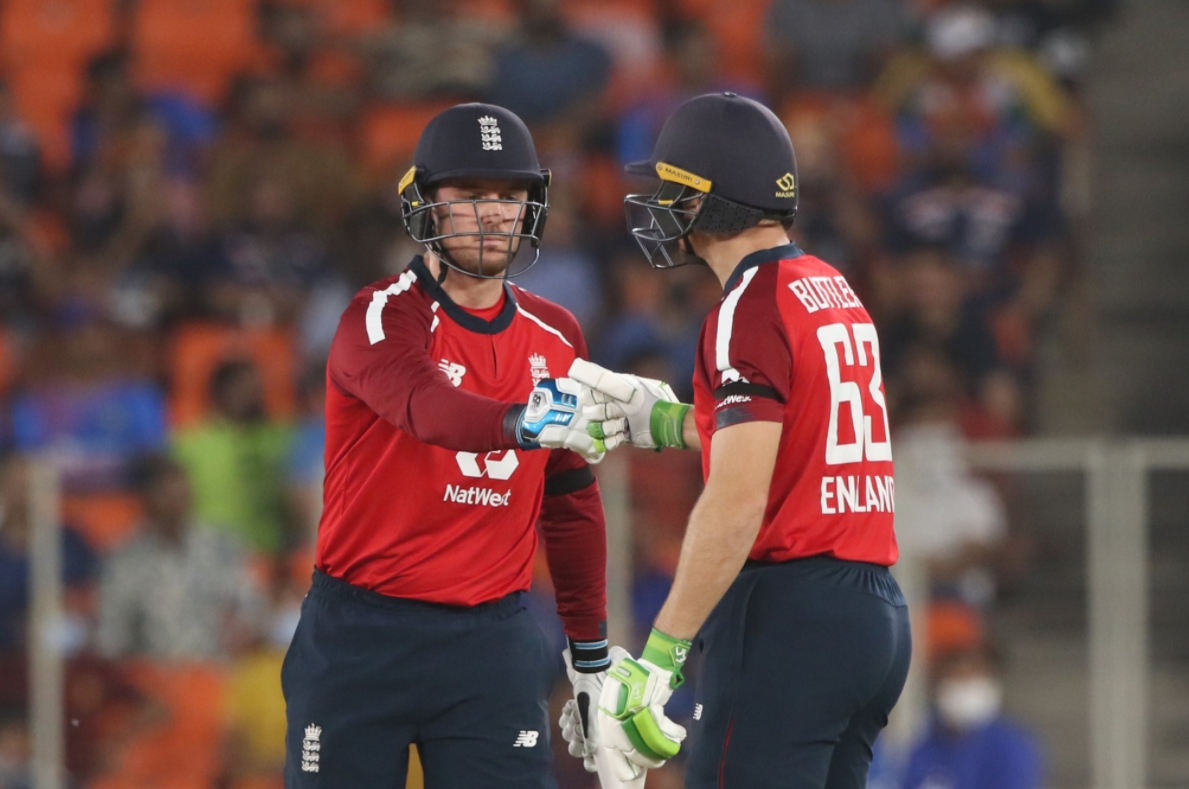 Batting first, India failed to put up a decent total as they were reduced to 124-7 in 20 overs. Shreyas Iyer was the only batsman to score a fifty. He was out for 67, which he took 48 balls to score.

Thanks to a devastating bowling attack by the English bowlers led by Jofra Archer and Adil Rashid that India were restricted to 48-4 in 10 overs. India’s top-order batsmen namely Shikhar Dhawan, KL Rahul, Virat Kohli and Rishabh Pant could only score 26 runs between them.

Archer picked up three wickets, while Rashid, Mark Wood, Chris Jordan and Ben Stokes had one wicket each.

England’s response was electric as Jason Roy and Jos Buttler made their intention absolutely clear from the word go. Roy made 49 runs in 32 balls, while Buttler contributed with 28 runs that he took 24 balls to score.

There was a heated discussion between Jonny Bairstow and Washington Sundar in the 14th over when the Indian bowler appeared to accuse the English batsman of deliberately causing obstruction preventing a catch off Dawid Malan’s shot. However, the timely intervention by the on-field umpire prevented the matter from escalating further.

Bairstow remained unbeaten at 26 in 17 balls, while Malan was not out at 24, scored in 20 balls. Malan hit a massive straight six to seal victory for his side.

Morgan said after the match, “One of Jofra’s strengths, among others, and certainly Mark [Wood]’s super strength. Great entertainment and good to have him in your side. A particularly good game in the bowling department, the wicket was better for us than we expected, we didn’t have to go to plan B and C very often, which is always a good sign. Within the side there’s huge competition, outside the squad, too. Huge support for players who score runs and does well, and when Jason does it gees the boys up. Completely different format, very distinct. In big series, like the Ashes, we’ve come out the back and learned from it. [Archer?] He’s excellent, in the bowling unit there’s a lot of competition, guys on the sidelines who could have played. We’re trying to cover all departments, when they’re put under pressure – today they didn’t allow that to happen.”

His Indian counterpart, Kohli, said, “We just weren’t aware of what we had to do on that pitch, lack of execution on our shots and something we have to address. Accept your faults, come back with more intent, clarity of areas you want to hit. Wicket didn’t allow you to hit the shots we wanted to. Shreyas showed how to use the crease and ride the bounce. Below par batting performance and England made us play. We looked to try a few things, but having said that you have to accept the conditions. If the pitch allows you to, you can be aggressive from ball one. We didn’t spend enough time assessing, Shreyas did but we had lost too many wickets to get to 150-160. Part of international cricket, you have ups and down. On your day, you will end up scoring much more, sometimes it doesn’t come off. Stay true to your plans but accept that the bowling team can come out and execute their plans. That shouldn’t be a factor, take pride in playing good white-ball cricket, won our last few T20 series. These five games before the World Cup, we have to try and few things, but we can’t take anything lightly against England.”

Archer was declared Man Of The Match for his impressive bowling performance.