A major row has erupted on social media after the world cricketing body ICC asked the Indian cricket board to ask Mahendra Singh Dhoni to not wear his wicket-keeping gloves with the army insignia. The army insignia used by Dhoni in the last match is his regimental dagger that signifies the ‘sacrifices’ made by the Indian Para Special Forces. 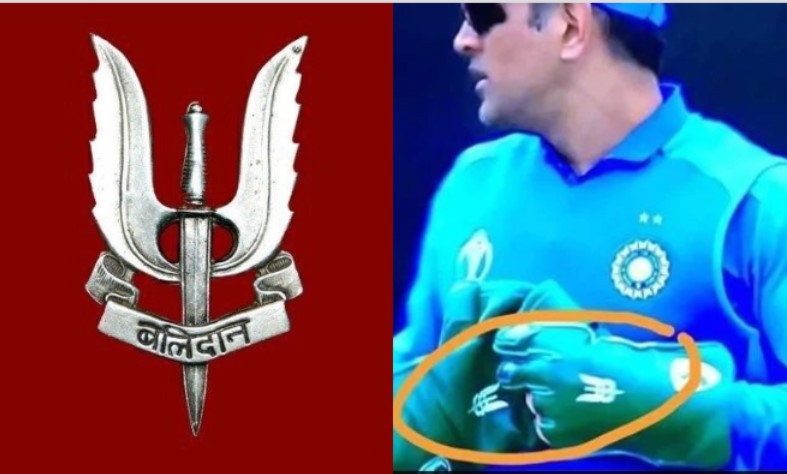 The news of the ICC expressing its displeasure over Dhoni using his regimental dagger sign on a cricket pitch did not go down well with his Indian fans on social media.

Dear @ICC .. Balidan means sacrifice – the motto of the Indian Para Special forces. By getting MS Dhoni to remove the insignia from his gloves, you insult not just the Indian Army but the spirit of sacrifice thats taken a fantastic human being like Dhoni to the top of his game. pic.twitter.com/0wgeXtRmpK

Dhoni Insignia Row .To put it simply and mildly, BCCI should tell ICC to go to hell .

Shocked at the irrational and almost juvenile stance of @ICC on MS Dhoni wearing an insignia of Balidan which means sacrifice. It isn’t used for fashion but holds important symbolic meaning. ICC hasn’t only disrespected the Indian Army but the entire country. pic.twitter.com/R2vLm8ZLcV

Earlier this year, the Indian team members including Dhoni had courted controversy after they chose to wear army caps during an ODI against Australia at Ranchi to pay their tribute to slain CRPF soldiers, who were killed in the 14 February Pulwama terror attack.