Former England skipper Michael Vaughan has penned a profound note for Joe Root, who announced stepping down as the Test captain on Friday. Root, who holds the record of leading the most number of matches and most wins as skipper, decided to step down from the role in the wake of a series defeat in West Indies last month. 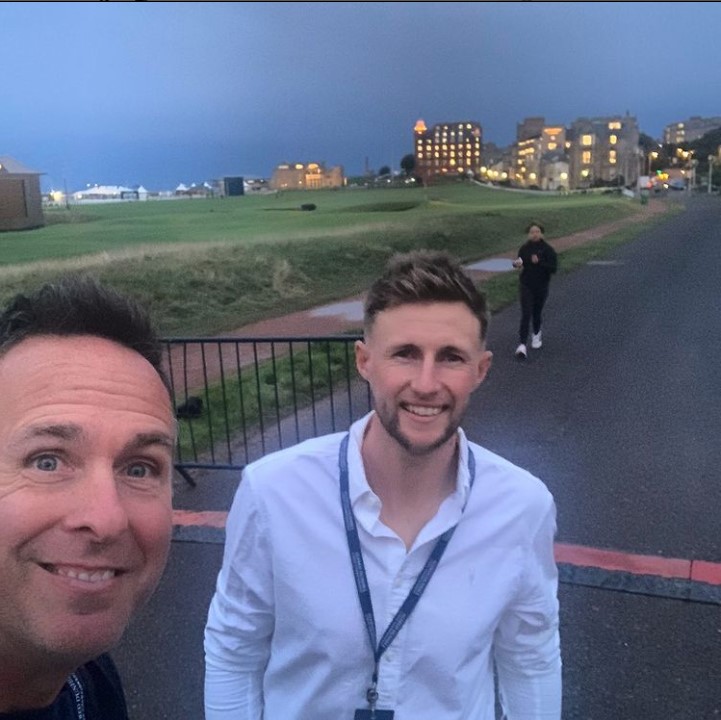 Reacting to Root’s decision to step down as the Test captain, Vaughan wrote, “He gave it everything with very little support for the Red ball team under his watch .. then he had to deal with Covid times .. he still is and will the games best role model for many many years .. now enjoy being the senior player for many more seasons.”

He gave it everything with very little support for the Red ball team under his watch .. then he had to deal with Covid times .. he still is and will the games best role model for many many years .. now enjoy being the senior player for many more seasons @root66 ??

Vaughan shared a throwback photo of himself with Root on Instagram as he wrote, “Never got the support as many of us Ex England Captains with his Red ball team .. Was all about winning the World Cup for his first few years as captain then Covid came & that must have been tough to manage the side around .. He has also made mistakes which he will own up too but he is still is and will be Englands greatest role model /player & will be for many more seasons .. Well done @root66 and good luck being the senior pro without all the nonsense ..”

Root’s England teammate Ben Stokes wrote, “Been a great ride with you my friend. Watching one of my great mates lead us all out on to the field was a privilege. You have given everything to English cricket and we all want to say thank you for your sacrifices and hard work.”

There are speculations Ben Stokes could be promoted in the role as the new England Test captain.

England, however, lost the Ashes last year 0-4 in Australia before suffering another humiliating defeat in West Indies this year.