There are reports that former India cricketer Harbhajan Singh may follow the footsteps of Sachin Tendulkar to enter the parliament as a Rajya Sabha MP. This was after it was reported that Arvind Kejriwal’s Aam Aadmi Party may nominate Harbhajan as its Rajya Sabha candidate after its historic victory in Punjab in the just-concluded assembly polls. 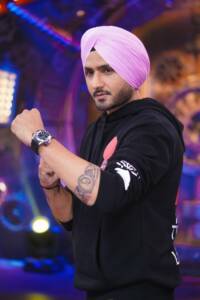 Quoting an unnamed source close to Harbhajan, news agency PTI reported that the ‘top leadership of AAP, including the new Chief Minister (Bhagwant Mann), has approached Harbhajan Singh with an offer to become their nominated candidate for next Rajya Sabha term.’ “The new Chief Minister wants Harbhajan to work for lifting the standards of sports in the state, which has gone down considerably in past few years,” the report said.

Punjab Chief Minister Bhagwant Mann is also reportedly keen for Harbhajan to head the new sports university in the state.

Harbhajan has not commented on the media reports, but if he indeed accepts the offer, he would the list of other sportspersons such as Sachin Tendulkar and Olympian Mary Kom to enter the parliament as a Rajya Sabha MP.

The AAP created history by winning 92 seats in the 117-seat Punjab assembly, while the Congress’ tally was reduced to just 18.