20-time Grand Slam champion Roger Federer has written a heartfelt note in response to Rafael Nadal’s 21st Grand Slam win at the Australian Open on Sunday. The 40-year-old Swiss legend said that his Spanish rival was an inspiration to him. 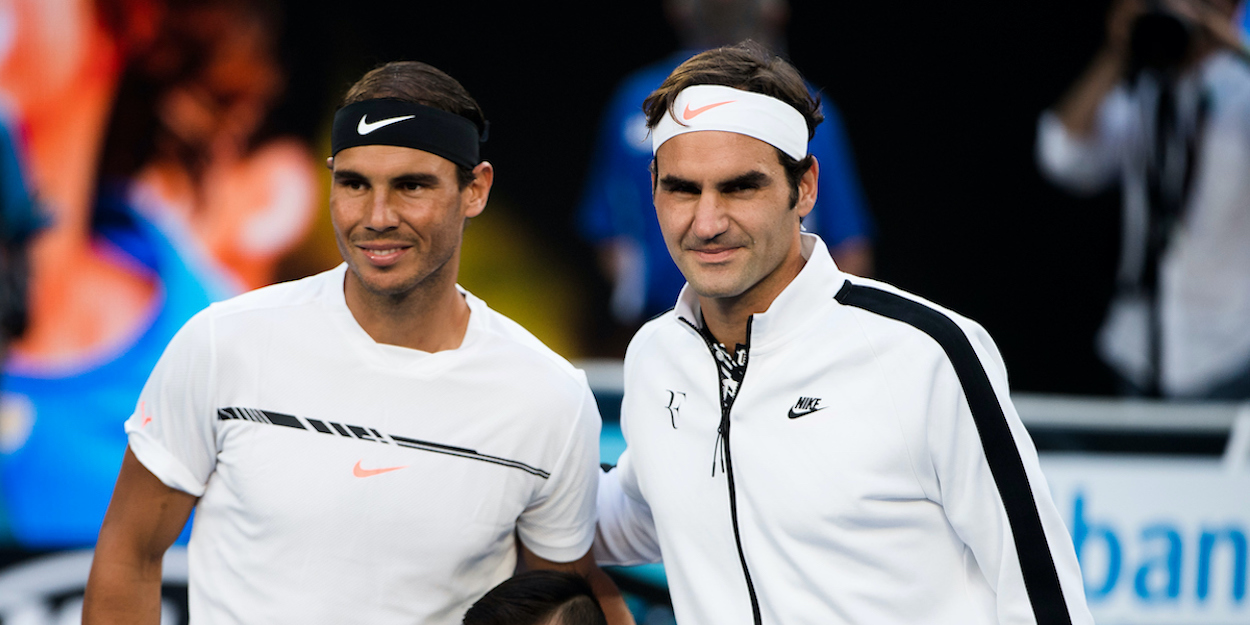 Federer wrote, “To my friend and great rival Rafael Nadal, heartfelt congratulations on becoming the first man to win 21 Grand Slam singles titles. A few months ago we were joking about both being on crutches. Amazing. Never underestimate a great champion.”

Nadal had recovered from two sets down to win a thrilling five-set match against Russia’s Daniil Medvedev with the match lasting for over five hours. Nadal said after the match that he was unsure about his future only a few weeks ago because of his surgery. 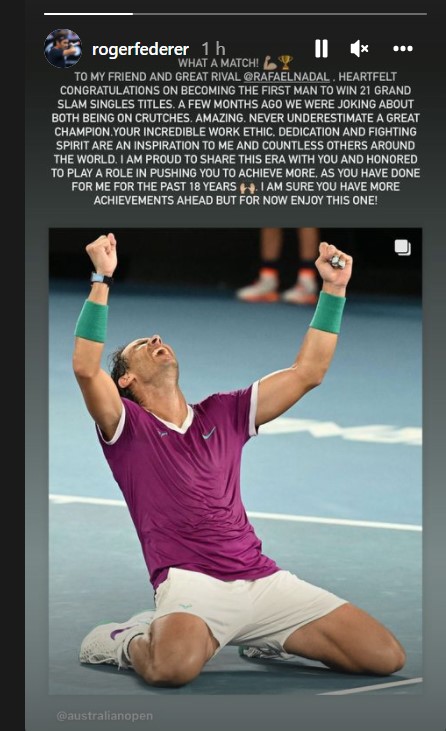 Federer wrote, “Your incredible work ethic, dedication and fighting spirit are an inspiration to me and countless others around the world. I am proud to share this era with you and honoured to play a role in pushing you to achieve more, as you have done for me the past 18 years. I am sure you have more achievements ahead but for now enjoy this one.”

Earlier, Novak Djokovic, who too has won 20 Grand Slam titles had praised Nadal for his fighting spirit.

In his first social media post since being deported from Australia, Djokovic had written, “Congratulations to @RafaelNadal for 21st GS. Amazing achievement. Always impressive fighting spirit that prevailed another time. Enhorabuena @Medwed33 gave it his all out there and played with the passion and determination we have come to expect from him.”

Nadal is all set to increase the number of his Grand Slam as he prepares for the French Open, which will be played at his favourite surface, clay.