Mahendra Singh Dhoni on Wednesday proved why it was wrong for his critics to write him off as the veteran batsman rose to the occasion to build the Indian innings from a near disaster. India were reduced to 92/6 30.3 overs when Dhoni and Ravindra Jadeja were at the crease. The required run-rate was spiralling out of control and Dhoni had to both protect his wicket and provide the leadership to Jadeja, who hadn’t played much of cricket coming into the semi-final match. 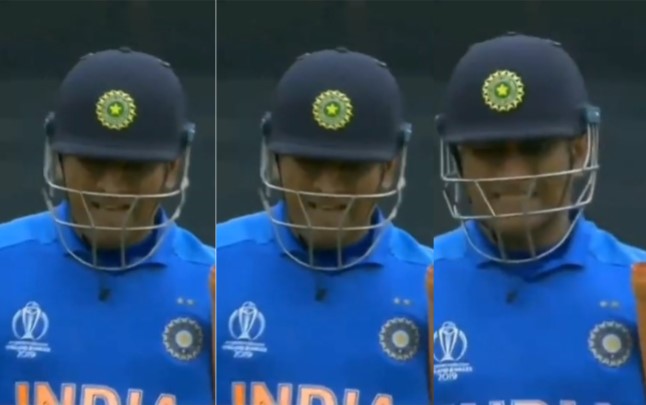 Not only did Dhoni allow Jadeja to play big shots, but he also made sure that he matched his junior partner’s nimble-footedness by stealing quick singles and converting ones into twos or even threes despite being 38 years of age. This meant that the two were able to add 116 runs for the seventh wicket partnership. Soon, the victory looked within India’s reach.

Indian fans were still hopeful of a win after Jadeja departed in the 48th over. Soon after Jadeja returned to pavillion after playing a scintillating knock of 77 runs in 59 balls, Dhoni decided to take control of the Indian run-chase as he despatched Lockie Ferguson for a six. The reaction of New Zealand legend Ian Smith and Sourav Ganguly in the commentary box was quite telling.

Turn up your ? and listen to this ?

Two balls later, Dhoni had run himself out, thanks to a brilliant direct hit by Martin Guptill. The ICC broadcast captured Dhoni’s walk with the former Indian captain crying.

WHAT A MOMENT OF BRILLIANCE!

No sooner did the video appear on the internet, his fans were left heartbroken.

This breaks my heart into million Pieces ? You bash him & still fightes for You ? No bc you’re not hurt You’re just sad !! He’s hurt cuz he plays for his country not for Crowd ? Haters You’ll never understand him.never?
37 Year old Man is Crying for his country ? #Dhoni pic.twitter.com/4YKdixihPJ

Hi i am Pakistani
i am so sad after watching this moment #dhoni Crying
this is The Heart break moment for me @msdhoni your a Champion Most love and respect Pakistan #SirJadeja #TeamIndia#CWC19 #SemiFinal1 #NZvsIND
Yah main dil sy bol rha hun pic.twitter.com/7EoGizKETi

My heart was broken ? when I saw he crying??? #Dhoni #loveYouDhoni pic.twitter.com/nZqv3VVF2d

This is heartbreaking ?. MS Dhoni crying for his country. pic.twitter.com/A0bpXmKqng

Once Dhoni hangs his boots , 5/3 would mean the end of a match. No more hopes that a 37 year old man will come and single handedly do magic. Dhoni has 1000s of achievements and the belief and hope he filled us with will always remain at the top. I am crying ?#IndiavsNewzealand

New Zealand beat India by 18 runs to book a place in the final and will play either England or Australia at Lord’s on 14 July.