England on Sunday successfully chased the fourth-highest total in T20 International to beat South Africa by five wickets and win the bilateral series. The English team accomplished this feat with five balls to spare. 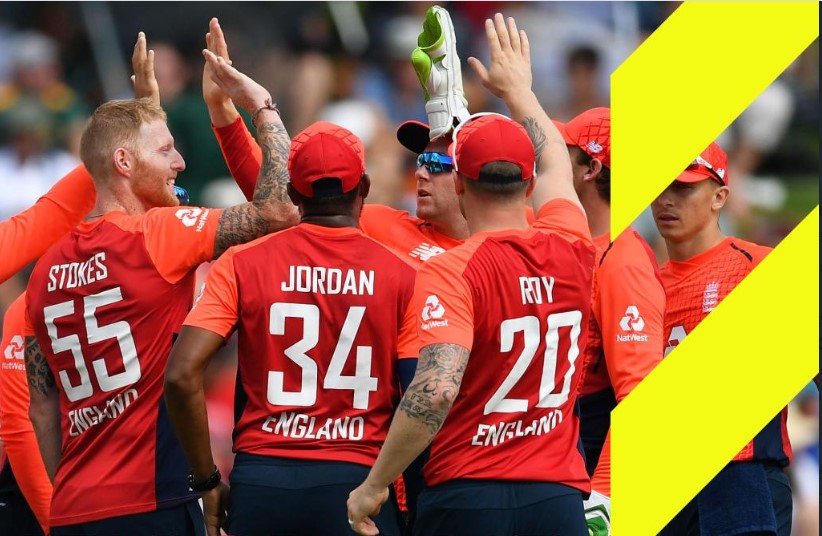 Batting first, South Africa had made 222/6 with Heinrich Klaasen emerging as the top scorer. He made 66 before getting out off Tom Curran’s bowling. Temba Bavuma was the second-highest scorer for his side as he missed his half-century by one run when Adil Rashid bowled him out. Skipper Quinton de Kock and David Miller made 35 runs each.

England’s response was electric as they began the chase for the fourth-highest total in the history of T20 International match. After Jason Roy got out cheaply, Jos Buttler and Jonny Bairstow added 100 runs for the second wicket as they both made 57 and 64 respectively. Skipper Eoin Morgan displayed a true class as he capitalised on the foundation laid by Buttler and Bairstow. Morgan hit seven sixes to amass 57 in just 22 balls. This effectively ensured that South Africa were completely annihilated at Supersport Park, Centurion.

The highest run chase in the history of T20I was completed by Australia in 2018 when they defeated New Zealand in Auckland by chasing 244 runs. In 2015, West Indies had chased the second-highest total by defeating South Africa, who had made 231. England had beaten South Africa in Mumbai in 2016 when they defeated the Proteas, by achieving the target of 230.

Even though the third-highest run chase was also successfully achieved by England against the same team, their run-rate on Sunday was quicker than their previous best chase. Today’s run rate was 11.79 per over as opposed to 11.69 then.