Thanks to remarkable display of batting by Jason Roy, England on Saturday piled up the biggest total of this year’s World Cup against Bangladesh. Roy, who made 153, played a key role in his side’s victory over Bangladesh by 106 runs. In another match, New Zealand defeated Afghanistan to make in three wins in three matches. 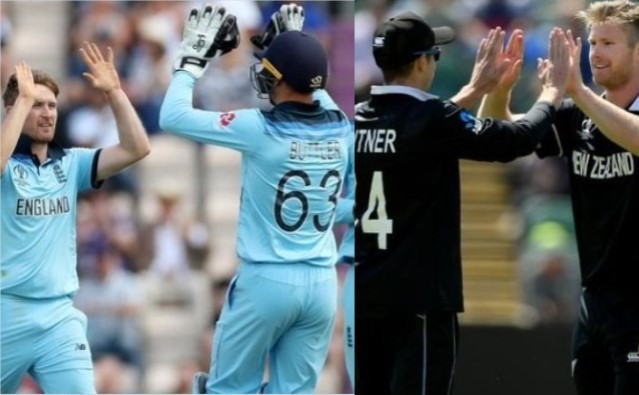 Batting first in Cardiff, England amassed 387 runs in their quota of 50 overs with Roy emerging as the top scorer with 153 runs in 121 balls. His innings included 14 bloundaries and five sixes. Jonny Bairstow with 51 and Jos Buttler with 65 too played their part in building a formidable total against the Asian side.

Bangladesh made a good start but could never cope with the asking run rate. Shakib Al Hasan was the only pick of the batsmen with 121 runs. After got out at 219 for 5 in the 40th over of the game, Bangladesh’s defeat became a matter of mere formality as the remaining batsmen could only add 61 runs in little over nine overs before the team were all out for 280.

Jofra Archer and Ben Stokes scalped three wickets each while Mark Wood got two and Adil Rashid and Liam Plunkett picked one each.

Reacting to his side’s win, England skipper Eoin Morgan said, “We knew we had to improve with the bat, we were outstanding and Jason got a good score. He’s very intimidating to play against so the impact that has on our team is very significant. The majority of people will open with spin but there are always things to throw against us. Hopefully we can counter all the plans thrown at us.”

Shakib Al Hasan was quoted by BBC as saying,  “I am very happy with the way I played but we didn’t start well with the ball and when they got the start, they capitalised. We need to pick ourselves up because there are plenty of games left.”

Elsewhere, New Zealand secured an easy 7-wicket win over Afghanistan. Batting first, Afghanistan were all out for 173 runs, a target that the Kiwis achieved by losing just three wickets in 32.1 overs. Skipper Kane Williamson remained not out at 79 wuns.

All three Kiwi wickets went to Afghanistan’s Aftab Alam. For Afghanistan, Hashmatullah Shahidi was the top scorer with 59 runs.