Former India cricketer Sanjay Manjrekar has had to face the wrath of cricket fans on social media for publicly insulting renowned cricket commentator Harsha Bhogle. The incident took place during the just-concluded India-Bangladesh pink-ball Test match, which the hosts went on to win by an innings and 46 runs. 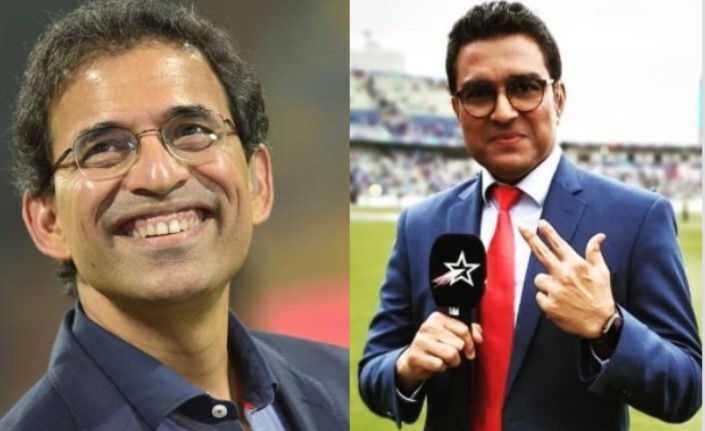 An audio of Bhogle and Manjrekar fiercely disagreeing with each other on whether cricket administrators ought to consult the members of the national team before rolling out the pink ball in Test cricket has gone viral. The audio in question triggered a wave of criticism aimed at Manjrekar, who many believed had crossed limits by insulting a well-respected cricket commentator.

In the viral audio, Bhogle is heard saying, “I would generally ask batsmen on both sides (on what they think of the pink ball).” Manjrekar interrupts asking, “Do you think Virat Kohli wasn’t seeing the (pink) ball properly?”

Bhogle explained, “Or Ajinkya Rahane or Cheteshwar Pujara and all of them. Just ask them, ‘what do you think?’ If the pink ball cricket is going to be a regular feature, then you just want to make sure..” Manjrekar once again interrupts.

Bhogle repeats his point, “Yes, it doesn’t cost anything to ask.” Manjrekar replied rudely, “You need to ask Harsha. For us, who’ve played the game..we get the fair idea.”

Far from being rattled by Manjrekar’s insult, Bhogle explained that the former needed to remember that there was no age limitation to learn new things.

Fans did not like Manjrekar insulting a renowned broadcaster and expert on cricket.

#SanjayManjrekar The all time worst commentator award goes to @sanjaymanjrekar..this guy needs to be kicked out from commentary box

Dada @SGanguly99 throw this guy @sanjaymanjrekar out from BCCI commentators list. He’s worth nothing and makes unnecessary comments. Harsha has been voice of cricket for many years!! #SanjayManjrekar https://t.co/W36rYLzwMX

What the hell is wrong with #SanjayManjrekar. First call Murali Karthik unreliable fr a player injury status then calls him out again. And now fighting with Harsha Bhogle. @BCCI save us from Sanjay Manjrekar. #INDvsBAN

Sanjay Manjrekar is a disgrace to television commentary. I’ve had enough! #IndvBan

This is boorish and absolutely unnecessary from @sanjaymanjrekar. Pity. What does it cost to be civil to a fellow commentator who was asking a very valid question? “You need to ask.” Really. https://t.co/M7uhsyFpgD

Manjrekar had courted controversy during this year’s World Cup for questioning the credentials of Ravindra Jadeja by calling him a ‘bits and pieces’ player.’ He had later blocked former England captain Michael Vaughan after he mocked his comment in light of Jadeja’s impressive performance both as a bowler and batsman.