Deepak Chahar on Sunday became the first Indian bowler to take a six-wicket haul in a T20 International match. He earned the feat by finishing his spell with 6-7, which incidentally is also the best-ever bowling figure in the history of T20 International games. He beat Ajantha Mendis’ 6-8 on Sunday during the decider match. 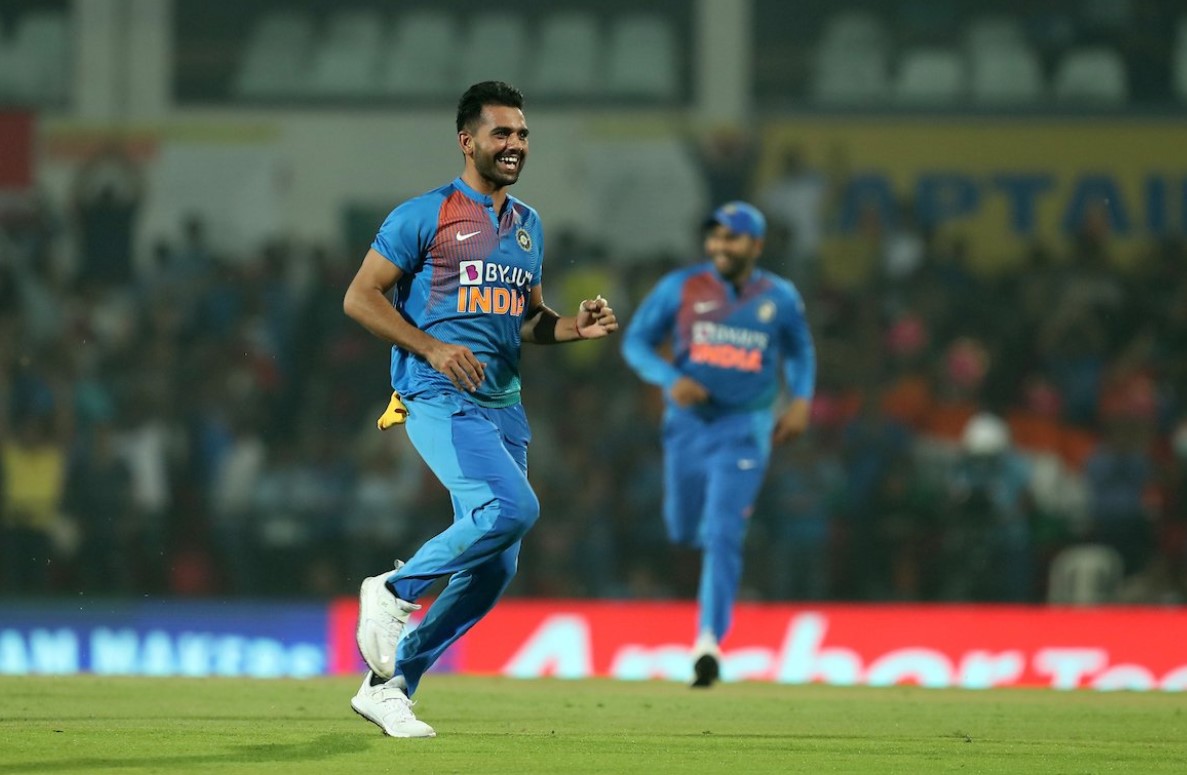 Deepak’s journey has been nothing less than inspiring given that, the bowler from Agra in Uttar Pradesh had faced humiliation very early in his career by none other than Greg Chappell, the Director of the Rajasthan Cricket Academy, in 2008.

Far from being rattled by this rejection, the medium-pace bowler took the insult in his stride and began to work on his in-swinging bowling. This was evident in 2010 when his eight-wicket haul for Rajasthan against Hyderabad led to his side’s emphatic win in the domestic match. Rajasthan won that Ranji Trophy match by an innings and 256 runs. Hyderabad were bundled out for just 21 runs in their first innings, which remains the lowest total in India’s domestic circuit.

This cemented his position in the Rajasthan team but his career continued to face a bumpy ride due to poor fitness. Once again, he did not give up and worked hard on his fitness. His hard-work yielded desirable results in 2018 during that year’s Syed Mushtaq-Ali Trophy. He announced his arrival once again with 5-15 against Karnataka. His devastating spell guided Rajasthan to beat Karnataka by 22 runs.

His impressive run in the competition saw him being picked by Chennai Super Kings. Under the able leadership of skipper MS Dhoni, Deepak’s performance continued to improve and he became one of the three top wicket-takers in the following season.

His first international call came when he was included in India A side to play against West Indies A and England Lions. He emerged as the highest wicket-taker in that series. His consistency earned him a place in Team India last year when he was asked to replace injured Jasprit Bumrah.

The same year, he got a call to represent India in the 50-over game against Afghanistan in 2018, but there was nothing to write home about as far his bowling performance was concerned. He failed to find a place in the World Cup squad but travelled to England with Team India as one of the four net bowlers. He was later included in the team to play in the series against West Indies.

His six-wicket performance tonight will surely place him in good stead for future competitions.