Cricket fans have reacted in anger calling Sunil Gavaskar ‘a disgrace’ after the former India batsman said that Shane Warne was not the greatest spin bowler of all time. Many fans wondered if Gavaskar would similarly ‘distasteful’ comments about Sachin Tendulkar. 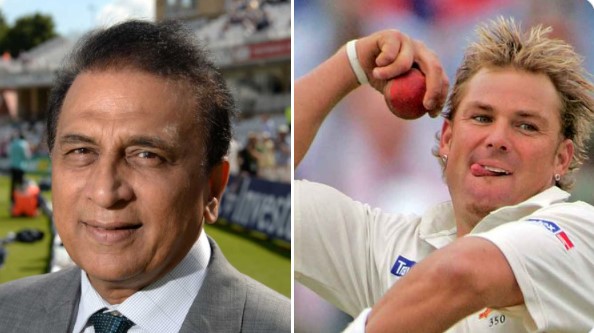 Speaking on India Today TV, Gavaskar had said, “For me, the Indian sinners and Muttiah Muralitharan were certainly better than Shane Warne. Look at Shane Warne’s records against India, pretty ordinary against India. In India, he got five wickets only once in Nagpur.”

He continued, “Because he didn’t have much success against Indian players, who are very good players of spin bowling, I don’t think I would call him the greatest. I think, Muttiah Muralitharan with the success that he had against India would rank over him in my book.”

Warne died of a suspected heart attack last week during a holiday in Thailand. His death has sent the cricket world.

Gavaskar’s comments did not go down well even with Indian fans, who slammed the former India captain. While some called him a ‘disgrace’, others wondered why he did not choose to simply ignore the topic on a day the world was mourning the death of a legend.

Randeep it’s time you stop inviting the great Sunil Gavaskar to your show. The man is a disgrace. No one puts down a man the way he did, in the day he died, in this case, the great Shane Warne. Gavaskar was a complete failure against Dennis Lillee in the one series he played him

Sunil Gavaskar refuses to call Shane Warne the greatest spinner ever because he didn’t take enough wicket in India and Indian Batsman.
Can he say same about Sachin who didn’t have great numbers against say Glenn McGrath?
He should’ve said ‘Not today’

It’s ok for Sunil Gavaskar not acknowledging Warne as the greatest spinner but suggesting that his heart couldn’t take his king style lifestyle and he died was unnecessary, distasteful, and heartless thing to say while cricketing world mourns Shane Warne’s death. #ShaneWarneRIP

Very poor commentary by Sunil Gavaskar….. He refused to call Shane Warne the greatest spinner ever because his number in India and against Indian batsman is not good…. So shameful.#Disgraceful

Sunil Gavaskar, the most overrated cricketer. He must feel this pain and so he utter this insensitivity in his speeches. He is rated way above his pay grade due to paid media. He is no great & people will always remember him for being a selfish person. Shane Warne was great pic.twitter.com/dDxN8Mdsde