All-rounder Ben Stokes on Thursday dominated the inaugural encounter of the Cricket World Cup, enabling England to register their first win in the competition against South Africa by 104 runs. 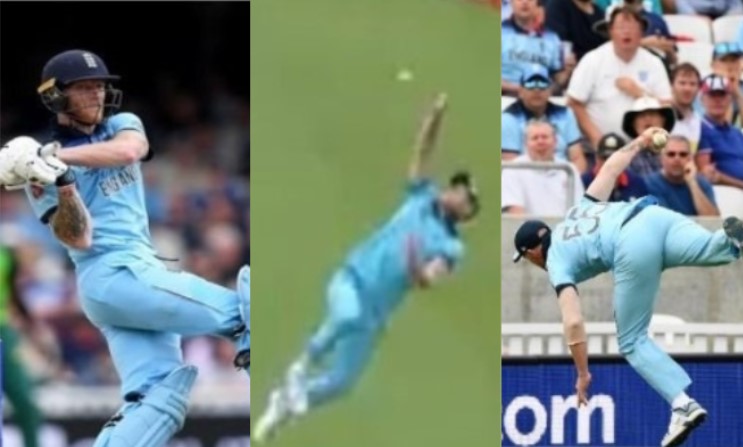 Batting first, England put up a competitive total of 311 for the loss of 8 wickets in their quota of 50 overs. Ben Stokes was the highest scorer for his side as he entertained the home fans at the Oval cricket ground in London with his magnificent display of batting. Jason Roy, Joe Root and Eoin Morgan too chipped in with half centuries.

In response, South African proved to be no match to the home side as Stokes began to wreak havoc with the ball and as fielder. He also sent two South African batsmen back to pavilion with two successive deliveries.

Joining him in causing grief to South African batsmen was fast bowler Jofra Archer, who routinely bowled with a speed of 90 miles per hour. One of his menacing bouncers hit Hashim Amla on his helmet, forcing him to briefly retire hurt. He ended the match with a decent spell of 3-27.

Stokes was also impressive with his fielding as he took an spectacular one-handed catch on the boundary to dismiss Andile Phehlukwayo. South Africans were bowled out for 207 with 10.1 overs to spare. Stokes finished the match with 89 runs with the bat, two wickets and two catches. He will be eyeing for a hattrick in the England’s next match against Pakistan at Trent Bridge in Nottingham on 3 June.

Stokes later told BBC’s Test Match Special, “I’m sure there were a few nerves kicking around – I’ve not felt like that in a long time when we arrived at the ground. To come away with a win is a fantastic start. That’s the best we’ve fielded in about two or three years. The amount of runs we saved was absolutely brilliant.”

South Africa captain Faf du Plessis conceded that his side were ‘outplayed in all three departments’ by England. “I thought 300 was par – we were bowling cutters, but there were some really good batting performances from England,” he said.

The next match will be played between West Indies and Pakistan on Friday.