The ICC has left Indian cricket fans incensed after the world governing body of cricket mocked Indian batting legend Sachin Tendulkar in a tongue-in-cheek tweet. This was after the ICC shared a photo of Sachin Tendulkar with England’s World Cup and Ashes hero Ben Stokes and wrote a cheeky caption that read, “The greatest cricketer of all time – and Sachin Tendulkar.” 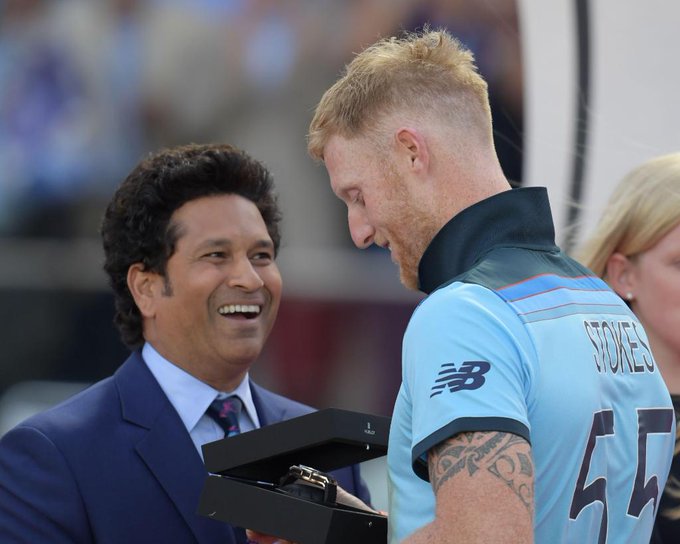 The photo was taken and shared on the day England beat New Zealand in a thrilling final to lift their first-ever World Cup cricket trophy.

The greatest cricketer of all time – and Sachin Tendulkar ?#CWC19Final pic.twitter.com/fQBmfrJoCJ

The controversial tweet was shared by the Cricket World Cup Twitter handle, which exclusively streamed videos and text during this year’s World Cup. Reacting to the tweet mocking Sachin Tendulkar, the ICC wrote, “Told you so.” The latest reaction by the ICC may have been to imply that it already declared Stokes as the greatest ever cricketer of all time way back in July.

The insulting tweet by ICC has left Indian fans extremely angry. However, some even detected a tinge of humour as they asked the BCCI to punish ICC.

Shall I talk about centuries??

Greatest cricketer of all time is @sachin_rt , rest everything starts after him in cricket world

Did you get it?

@ICC why creating haters for Stokes by posting such stupid tweets. Very poor from @ICC

Stokes was instrumental in pulling off a sensational win against Australia in the third Ashes match. England were down 286-9 and needed 76 runs to win the Test match. Not only did Stokes score 76 runs with the number 11 batsman, Jack Leach, but he also made 75 of them alone.