Indian cricket team’s head coach Ravi Shastri has revealed that former India captain Mahendra Singh Dhoni visited the national team’s dressing room during the third Test against South Africa to motivate Shahbaz Nadeem, who was making his debut. The third Test match was played in Ranchi, the home ground for both Dhoni and Nadeem. India had gone on to win the match with Nadeem picking up four wickets. 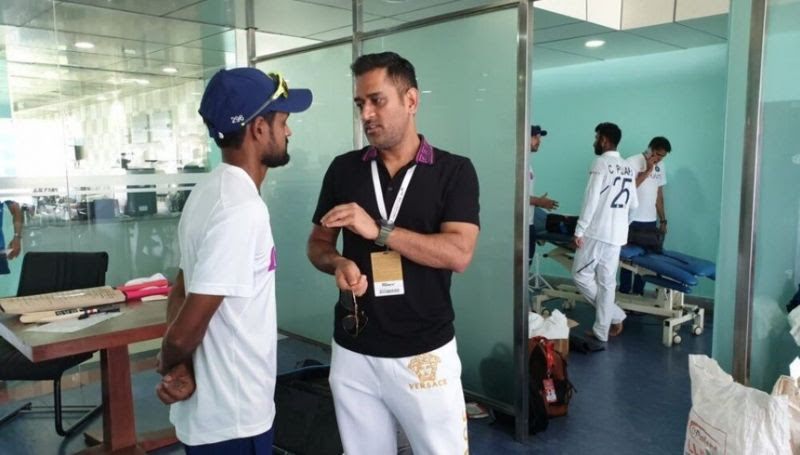 Speaking to ToI, Shastri said, “The other day, he (MS Dhoni) came over to the dressing room in Ranchi to meet Shahbaz Nadeem and had a chat – how motivating is that for a guy making his debut at home.”

Speaking about Dhoni’s visit to the dressing room, Nadeem had said, “I met him after the match and asked him, ‘Mahi Bhai how did I do?” “Shahbaz, you have matured now. I was watching you bowl. There is a maturity in your bowling now,” Dhoni reportedly told the young debutant.

Dhoni had told Nadeem that this was because of his domestic experience, where he’s taken more than 400 wickets before getting his India call. “Just don’t experiment too much and play the way you have been playing. Your journey has started, Shahbaz.’ We chatted about our journeys,” Nadeem had told Times of India.

Meanwhile, Shastri has also slammed the critics of Dhoni desperately wanting him to retire. He said, “Let me say this: MS Dhoni has earned the right to retire when he wants to. And let this debate end once and for all.”

Shastri was menacing in his criticism for Dhoni’s critics as he said that most people commenting on Dhoni couldn’t even tie their shoelaces. “Half the guys commenting on MS Dhoni can’t even tie their shoelaces. Look at what he’s achieved for the country. Why are
people in a hurry to see him off? Maybe, they don’t find enough talking points. He and everybody who knows him know he’ll be going away soon. So, let it happen when it has to. Making statements at his expense is downright disrespectful. After 15 years of playing for India, wouldn’t he know what’s the right thing to do? When he retired from Test cricket, what did he say? That Wriddhiman Saha was good enough to be handed over the wicket-keeping gloves. He was correct. He’s been a shadow when it comes to the team, always sharing his mind lending his views.”

The debate over Dhoni’s future had also dominated the first press conference of Sourav Ganguly after he took over as the new BCCI chief. Ganguly had assured reporters that ‘everyone will be respected’ adding that ‘Champions don’t finish quickly.’