A video of Home Minister Amit Shah directing a Sudhir Chaudhary’s Zee News colleague to stop his ‘commentary’ and ‘sit down’ during the BJP leader’s election rally has triggered hilarious jokes on social media. 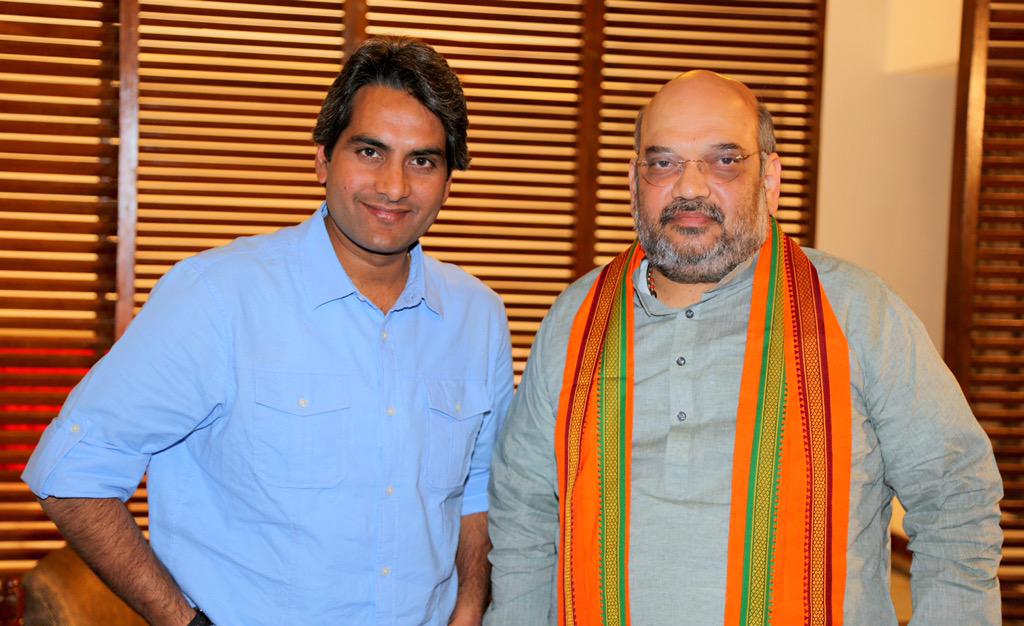 In the viral video, Shah could be seen losing his cool at the Zee News employee, who appeared to be distracting the BJP leader just before he was about to start his election speech.

Shah said, “Zee TV, now you stop your commentary. Sit down.” Shah raised his tone after seeing that his order had no effect on the employee working for the pro-BJP TV channel. He said, “Sit down. Oye, I now direct you to dit down.”

Going by Shah’s attire and the background, it seems the incident appeared to take place in the BJP’s election rally in Uttar Pradesh’s Muzaffarnagar last week.

The video has now gone viral on social triggering hilarious jokes. One user compared the video to a scene from Bollywood film Sholay, where Gabbar Singh’s character played by late Amjad Khan had told Kaalia, played by Biju Khote, that it was time to bite the bullet. This was after Kaalia told Gabbar that he had always been loyal to him.

Zee TV’s management was angry about this Amit Shah placated them by calling them good boys and giving them a treat. https://t.co/Ul2kfOnQIf

Zee News has had to face public ridicule for its support to the BJP. Its owner Subhash Chandra had once taken an extraordinary step to appear on the prime show of his channel to clarify that Zee News was not a BJP TV platform.