Janta Ka Reporter 2.0
Home India “You have to have respect for your opponents”: ‘Gem’ Ajinkya Rahane reveals...

Indian cricketer Ajinkya Rahane has finally broken his silence on his decision to not cut a kangaroo cake, prepared by his neighbours in his honour. Rahane, who led India to a historic series win against Australia with a bunch of inexperienced players, had earned plaudits from fans after he refused to cut a cake with a 3-D design of a kangaroo on it after his return to Mumbai. 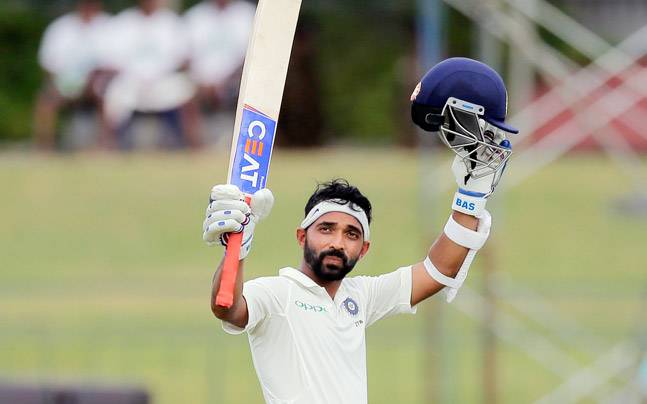 Speaking to commentator Harsha Bhogle, Rahane explained, “Kangaroo is their national animal and I don’t want to do that.”

Rahane, who has now become fans’ first choice to lead the future Indian Test team, continued, “I mean you treat your opposition with respect, you treat them really well even when you win and create history. But I think you have to have respect for your opponents.”

“You have to have respect for other countries. That’s why I took the decision that I am going to cut the cake,” Rahane concluded.

Always wanted to ask @ajinkyarahane88 about the cake he was offered with a kangaroo on it and why he refused to cut it. The small things that tell you more about a person. More of this conversation on his FB page. pic.twitter.com/YZwwQKlFJq

Upon his return to Mumbai after the Australian tour, Rahane was welcomed with dhol and trumpets as he entered his housing complex by holding his little daughter. However, Twitter had exploded with praises for the charismatic Indian cricketer after he refused to cut a kangaroo cake, made in his honour.

Fans are once again showering praises on Rahane after his revealed the reason for his refusal to cut the controversial cake. One fan wrote, “Gem of a person. But spare a thought about the person who offered him the cake. We never used to be arrogant winners. But in these hate filled times everyone seems to go over the top and outdo each other. Well done jinks.”

Another fan commented, “Brilliant .. similar incident years and years back.. Sri Lalgudi Jayaraman, Sr Violin Vidhwan, was on an overseas tour.. he was given a bouquet and asked to cut a cake in violin shape.. he placed flowers on the cake and said the violin is his goddess and he can’t cut it.”

India’s woes were compounded by the absence of several big names due to injuries. They included KL Rahul, Ravindra Jadeja, Jasprit Bumrah, Ravichandran Ashwin, Mohammad Shami, Umesh Yadav among others. Not only did Rahane lead from the front by registering an emphatic win in the second Test, but he also led his inexperienced side to pull off a thrilling win in the last Test match in Brisbane with a bunch of five inexperienced bowlers. Australia had never lost a Test match in Brisbane for 32 years.

Rahane will be seen in action in the upcoming Test series against England next month.