Swaraj India founder Yogendra Yadav on Sunday claimed that the Narendra Modi government had deployed personnel from the Gujarat Police to conduct the assembly polls in Uttar Pradesh. Yadav asked the Election Commission to take note of the development as it raised serious questions on the impartiality of the assembly polls. In the video shared by Yadav, a cop is seen batting for Yogi Adityanath as he says, “UP mein Yogi aayega (Yogi will return to power in UP).” 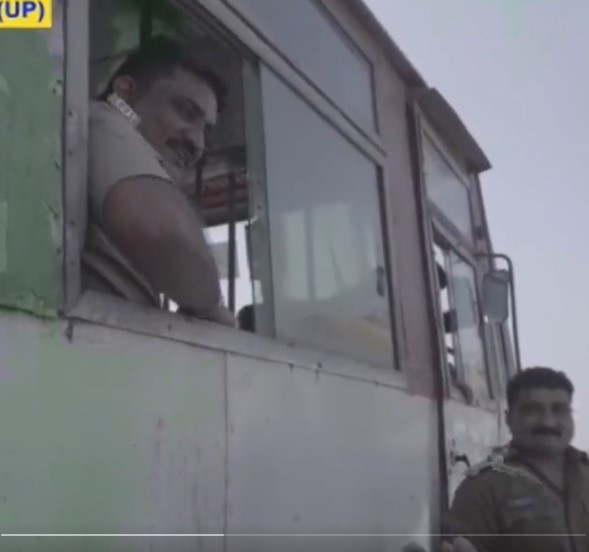 Sharing the video on Twitter, Yadav wrote, “See, this is the Gujarat Police, which has come to conduct assembly polls in UP. This video is from Narayanpur, district Mirzapur on the Varanasi road, shot today, 6 March. What does the election commission have to say now?”

Reacting to Yadav’s claims, Varanasi District Magistrate said that there was no truth and the Gujarat Police had not been called to UP to conduct assembly polls. He wrote, “Please don’t spread rumours. No companies of the Gujarat Police have arrived in the Varanasi district on an election or any other duty.”

The last phase of the assembly polls is taking place in UP today. Adityanath is seeking a second term for himself with the analysts predicting a defeat for the BJP due to rising anger against the saffron party over farm laws, rising prices and mismanagement during the last year’s pandemic.