Congress President Rahul Gandhi on Monday officially confirmed that his party will have no alliance with Arvind Kejriwal’s Aam Aadmi Party in this year’s Lok Sabha polls in Delhi. Speaking at the Indira Gandhi Indoor Stadium in Delhi, Gandhi said, “I want to tell booth workers of the Congress party. This is entirely up to you. The Congress has to win all the seven seats here (Delhi). The booth level workers have to ensure it.” 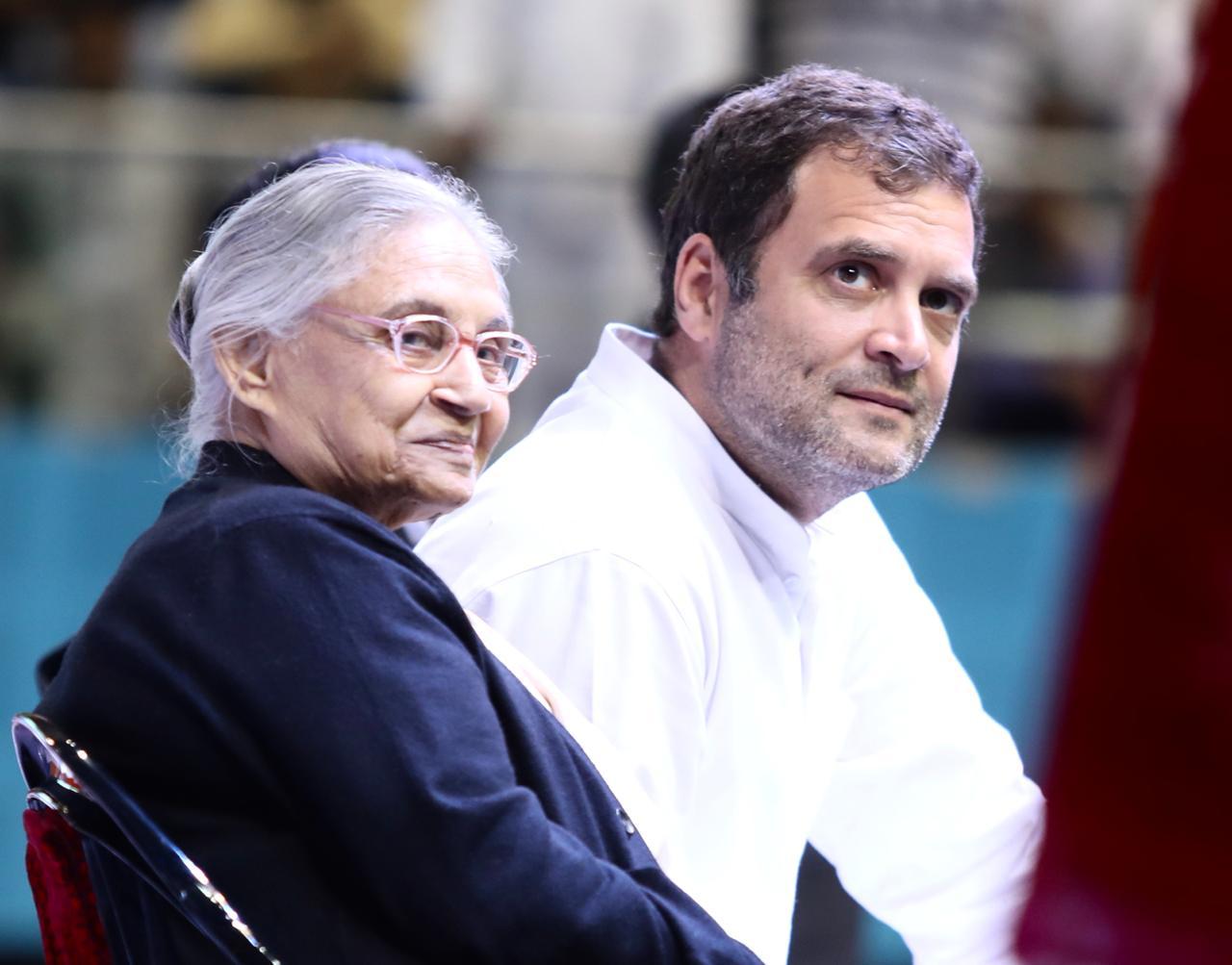 Gandhi did not make any reference to either Kejriwal and the AAP, but his emphasis that the Congress must win all seven seats in the national capital is a confirmation that Delhi will see a triangular contest for 12 May polls. He added, “You (booth workers) go to people, talk about chowkidar (PM Narendra Modi and his poor governance), talk about ordinary citizens and tell them only the Congress can change Delhi and India for better.”

The AAP has not officially reacted to Gandhi’s remarks, but there are reports that Kejriwal may hold a meeting this evening at his residence to discuss the strategy for the Lok Sabha polls.

Last week, former Delhi Chief Minister Sheila Dikshit had confirmed that there will be no alliance between her party and the AAP for the Lok Sabha polls.

Reacting to Dikshit’s comments, Kejriwal had said, “At a time when the whole country wants to defeat Modi- Shah duo, Cong is helping BJP by splitting anti-BJP vote. Rumours r that Cong has some secret understanding wid BJP. Delhi is ready to fight against Cong-BJP alliance. People will defeat this unholy alliance.”