Indian actor Priyanka Chopra has had to face incessant trolling after she told US TV host Oprah Winfrey that her Dad sang in a mosque. This, the actor said was to explain her understanding of spirituality. 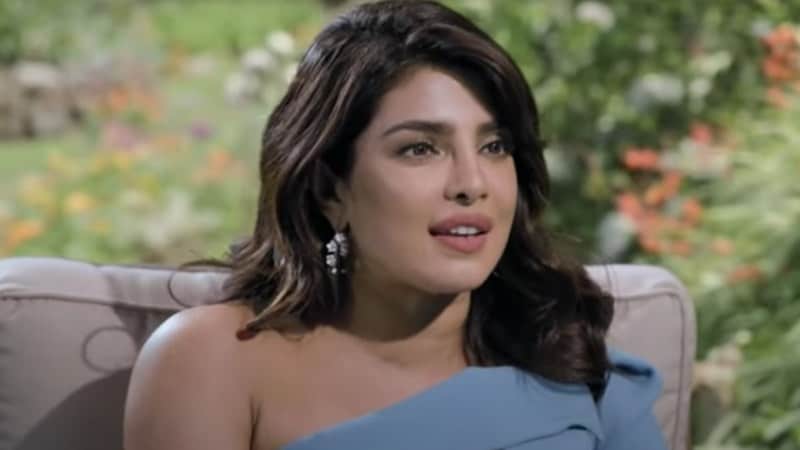 This was in response to a question on whether she had a spiritual foundation. To which, she said, “I think I did. In India, it is hard not to. You’re right. With the swirling number of religions that we have, that live within the country as well.”

But little did the Quantico actor realise that her comments would make a target of huge social media backlash with many mocking her ignorance about Islam.

One user asked, “#Priyanka #Chopra claimed that her father Dr Ashok #Gupta used to ‘Sing in Mosque Mosque’ In interview with Oprah Winfrey. Which mosque allowed your dad to ‘sing’? She acts like she is born in US even Americans knows more about Islam than Indian Hindus and Muslims are only 2% of US.” Another user wrote, “This happens when you try to win Muslim fans without having rudimentary knowledge of #islam Face with tears of joy. @priyankachopra I sympathize with you but believe you me it’s been one of your worst attempts to increase your fan base.” 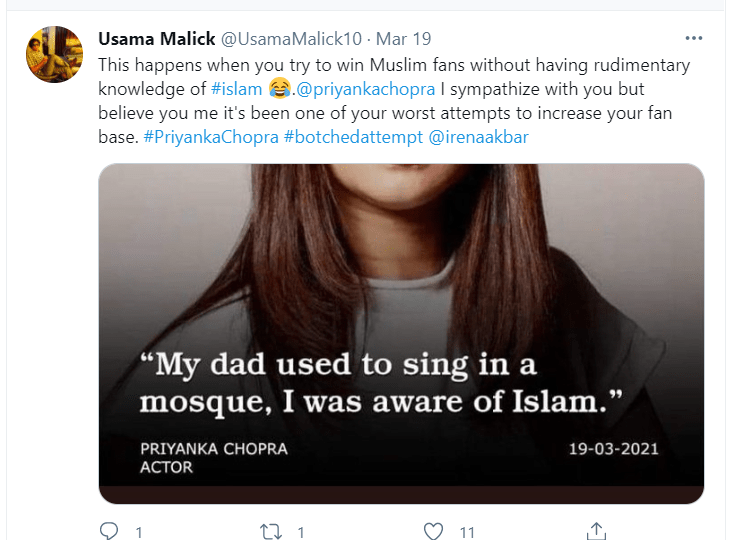 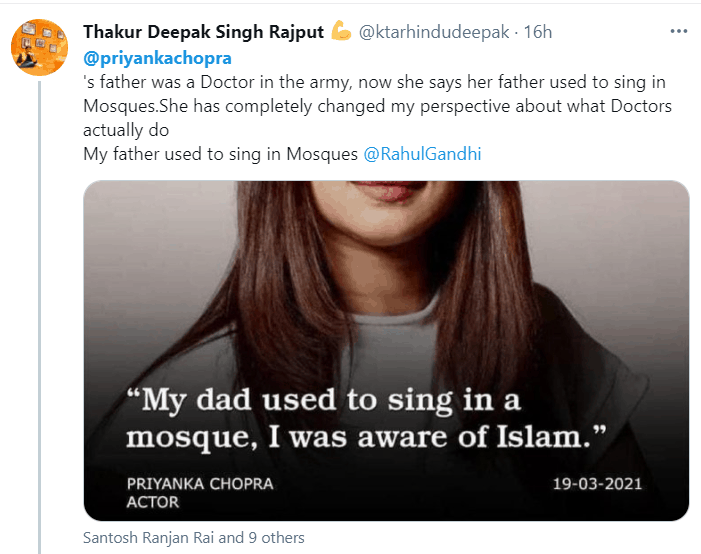 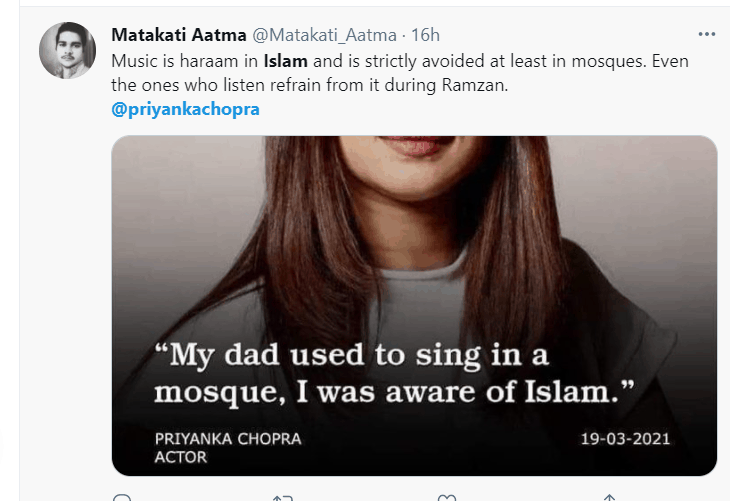 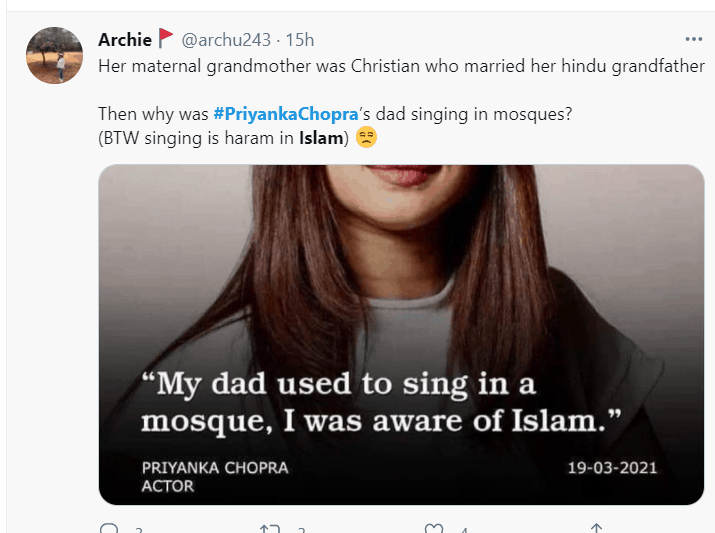 Oprah was last in the news when she interviewed Prince Harry and Meghan Markle, who sensationally revealed her suicidal thoughts after facing racial taunts by some members of the Royal family.

This is not the first that Priyanka has spoken about Islam. In one of her past interviews, she had shared her experience of finding peace through the sound of Azaan in Bhopal in Madhya Pradesh.

‘That was my favourite time,” she had said.