A Delhi court judge on Saturday said that he was a ‘proud follower of Hindu religion’ and found the social media post shared by Delhi University professor Ratan Lal ‘distasteful’ and an ‘unnecessary’ comment on a controversial topic. Chief Metropolitan Magistrate Siddhartha Malik, however, refused to agree that the professor’s post could incite religious hatred in the country. 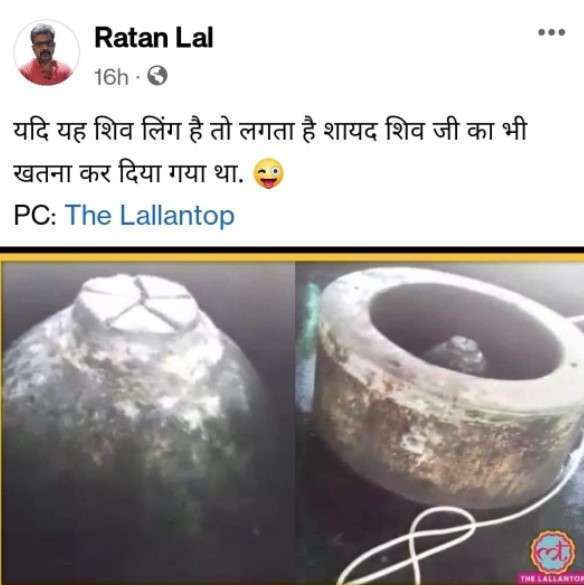 According to the Bar and Bench website, Judge Malik said that India was a country with 130 crore population and the social media post shared by Professor Lal could have 130 crore different views and perceptions.

“For another person, the same post can appear to be shameful but may not incite the feeling of hatred towards another community. Similarly, different persons may consider the post differently without being enraged and may in fact feel sorry for the accused to have made an unwanted comment without considering the repercussions,” the judge said while granting bail to Professor Lal.

The Delhi Police had arrested Ratan Lal, a history professor with Delhi University’s Hindu College, on a complaint filed by lawyer Vineet Jindal. Sharing the image of the Gyanvapi Mosque’s fountain, which was being claimed as a Shivling, Lal had written on social media, “If this is a Shivling, then it seems Shiv ji too had his circumcision done.”

Professor Lal had found plenty of support from netizens, who had accused the government led by the BJP of showing intolerance.