The BJP may have been defeated in Madhya Pradesh, but the violence by its functionaries against citizens has continued in the state. The latest in the series is a shameful act committed by the MLA son of senior BJP leader Kailash Vijayavargiya. 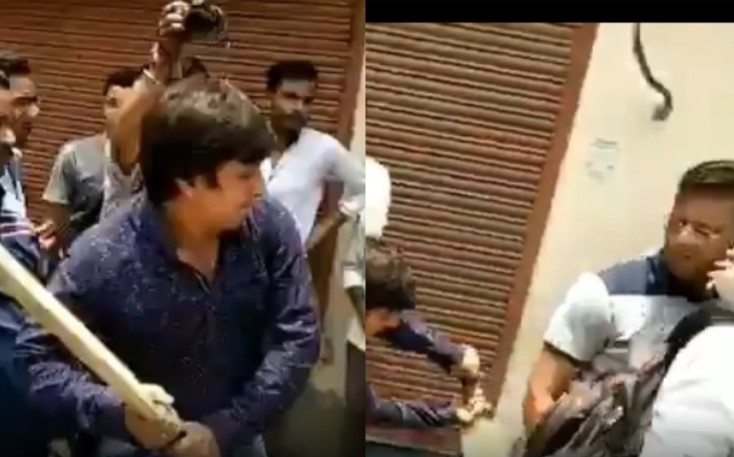 A video of Akash Vijayavargiya thrashing a municipal officer with a cricket bat in police presence has gone viral on social media. In the video, Akash Vijayvargiya can be seen pouncing on a municipal corporation official mercilessly even as police personnel remains mute spectators.

Later speaking to reporters, the goon BJP MLA justified his violent act and promised to repeat the same in the future. “This is just the beginning, we will end this corruption & goondaism. ‘Aavedan, nivedan aur fir dana dan’ this is our line of action,” he was quoted by news agency ANI.

Akash Vijayavargiya had decided to assault the municipal corporation staff in question because he was leading a team to carry out an anti-encroachment drive and had reached the spot to pull down a dilapidated house in the Ganji Compound locality.

The video has evoked angry reactions from social media users. The goon MLA’s father, now responsible for the saffron party’s affairs in West Bengal, is known for making highly objectionable comments even using expletives against critics of his party or government led by the BJP.

One user on Twitter wrote, “Father in West Bengal and son at a different location same result.” “Now yogi Kamalnath of the Congress is ruling . He has to answer,” wrote another user sarcastically. Another made a similar comment, “There is a congi govt there …let them arrest him…Good governance by Kamalnath???”

Faced with growing outrage, the MP Police later arrested Akash Vijayavargiya. He was produced before a local court, which sent him to judicial custody till 7 July.