AIMIM President and MP Asaduddin Owaisi on Monday caused quite a flutter inside the parliament after he tore a copy of the Citizenship Amendment Bill. Terming the CAB against the ethos of the Indian constitution, Owaisi said that it was intended to divide the nation along the religious lines. 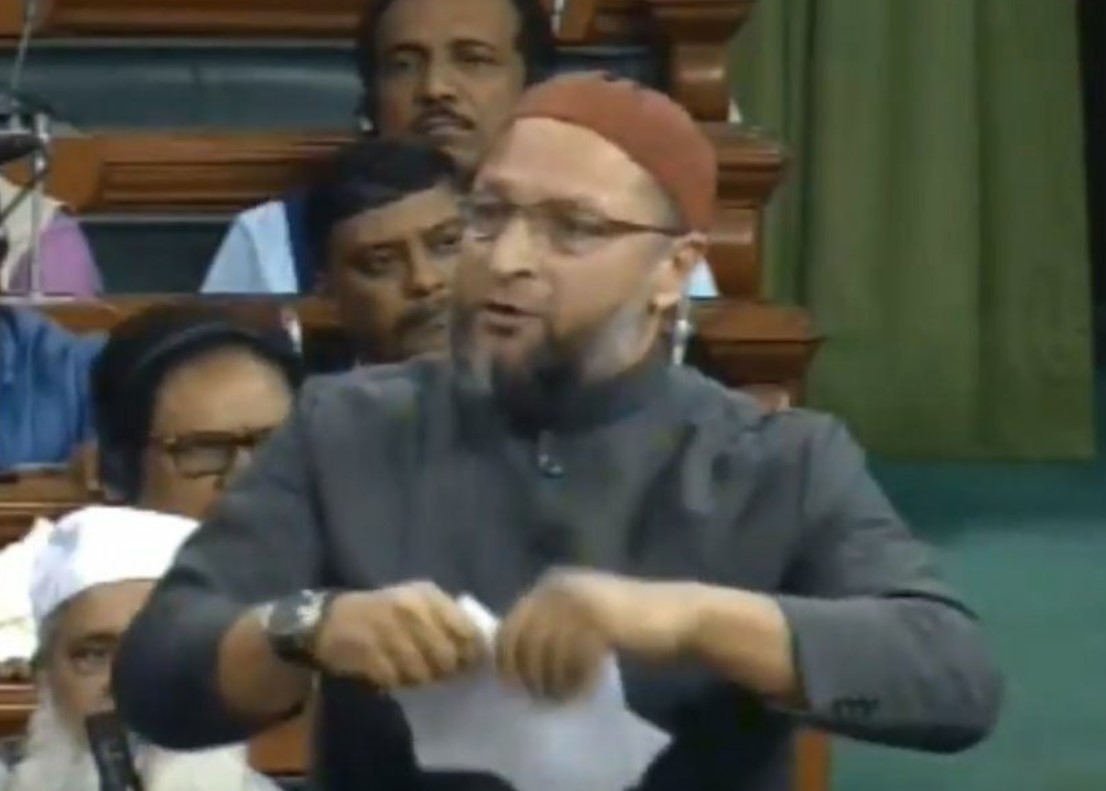 Owaisi was speaking after Home Minister Amit Shah formally introduced the CAB in the Lok Sabha. Shah once again reiterated that the Bill will allow non-Muslim illegal immigrants living in India automatic citizenship. Shah also slammed the Congress blaming the grand old political party for creating the need to introduce the CAB. He said that had the Congress not advocated the division of India along religious lines in 1947, he wouldn’t have been forced to table the Bill in the parliament today.

Shah’s claim evoked angry reactions from Manish Tewari of the Congress, who decided to give the home minister a masterclass on Indian history. A combative Tewari said, ” Today, the home minister said that the Congress is responsible for partition on the basis of religion. I want to make it clear that the foundation for the two-nation theory was laid in 1935 in Ahmedabad by Savarkar in a Hindu Mahasabha session and not the Congress.”

Speaking in the parliament, Owaisi said, “This (the Bill) will turn out to be a failure in every aspect. That’s why I oppose this Bill because this is against the Indian constitution. This is also an insult to those who took part in the freedom struggle in 1857 and 1910.”

Owaisi continued, “How did Gandhi get the title of Mahatma? He had torn the national register card of South Africa. I am also tearing this Bill since this is trying to divide the country.”