BJP’s Rajya Sabha MP Subramanian Swamy has launched another scathing attack against Prime Minister Narendra Modi by accusing the government headed by him of suffering from ‘Stockholm Syndrome’ in dealing with China. Swamy said that the Modi government was willing to ‘crawl before the Chinese.’ 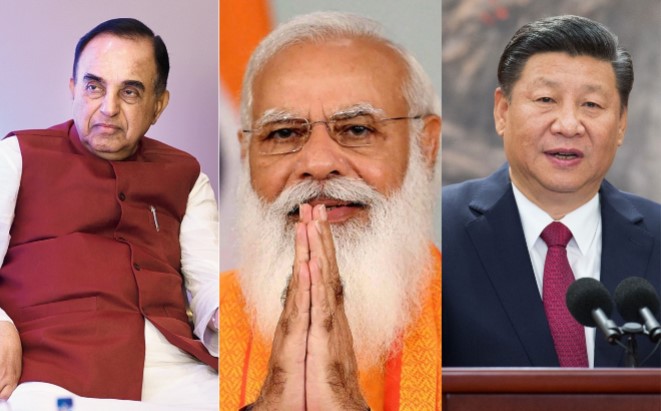 “Stockholm Syndrome is when a kidnap captive becomes complicit with the kidnapper. Modi Govt suffers from that syndrome, wanting to crawl before the Chinese. In Galwan our soldiers thrashed PLA. But China is celebrating,” Swamy said in his social media post.

What appeared to have irked Swamy to launch a tirade against his own party’s government was the news of China taunting India to select one of its soldiers involved in the Galwan valley attack as one of its torchbearers for the ongoing Beijing Winter Olympics. That attack had left at least 19 Indian soldiers dead in 2020.

Swamy wrpte, “18 one to one meeting with Xi (Jinping) in five years and five visits to China—all “historic meetings” according to our media. And after PLA defeat at Galwan we withdraw as a gesture. Now?”

Stockholm Syndrome is when a kidnap captive becomes complicit with the kidnapper. Modi Govt suffers from that syndrome, wanting to crawl before the Chinese. In Galwan our soldiers thrashed PLA. But China is celebrating !

Swamy’s outbursts come just days after the Indian government announced that its diplomats would not attend the opening or closing ceremony of the Beijing Winter Olympics to register its protest against China’s decision to include Qi Fabao, a commander with the Chinese army, as one of the 1,200 torchbearers in the Games, starting from 4 February.

Fabao had sustained serious injuries during the fight between Indian and Chinese soldiers in the Galwan Valley in Ladakh in 2020. At least 19 Indian soldiers were killed by the Chinese army, which also captured a large swathe of the Indian territory.

India’s state-owned broadcaster, Doordarshan, had also decided to blackout the coverage of the Opening and Closing ceremonies of the the Winter Olympics.