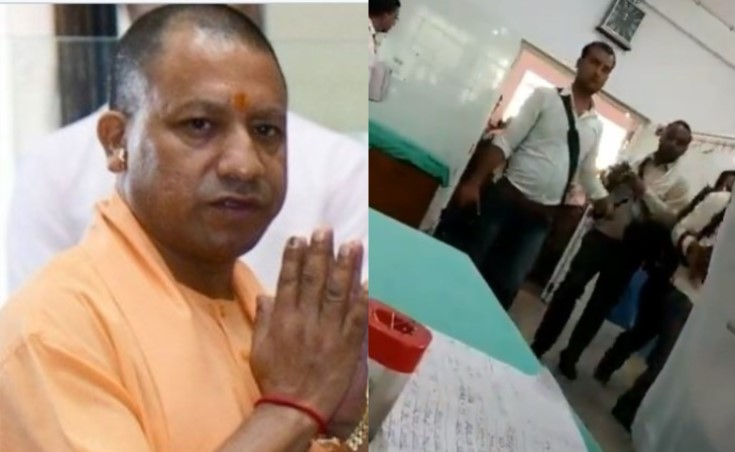 Congress general secretary Priyanka Gandhi Vadra wrote on Twitter, “Journalists are being abducted, questions being suppressed and issues put aside. The UP government which won huge majority is now avoiding questions from the people. Dear leaders, the public knows everything. Not only will they ask questions, but they will also seek a response from you.”

However, Moradabad district magistrate Rakesh Kumar rejected the claims of journalists being locked up inside a room even after the video went viral. He was quoted by India Today as saying, “It’s not correct. During inspection so many media persons inside the ward, requested media persons not to go inside the ward with Honble CM.”

Oh well! This actually happened! All the reporters and cameramen were taken to the emergency ward and locked inside it so they can’t get to ask questions of the chief minister! @akashbanerjee https://t.co/7k24ghjfEw pic.twitter.com/KQYiU4lyQ4

Adityanath was visiting a hospital in Moradabad when this incident took place. Journalists were only freed from the administration’s captivity after 25 minutes when Adityanath had left the venue.

This fresh development curbing media’s freedom comes just days after it was reported that the Centre’s Narendra Modi government had frozen advertisements of three leading newspapers namely The Telegraph, The Hindu and The Times of India.