The UP Police have arrested one Arvind Tank for mischievously circulating a fake video of idol desecration in a bid to cause communal violence in the state. This was after Arvind Tank posted a video claiming that the boy in the video had urinated at the idol of a temple in Bulandshahr. 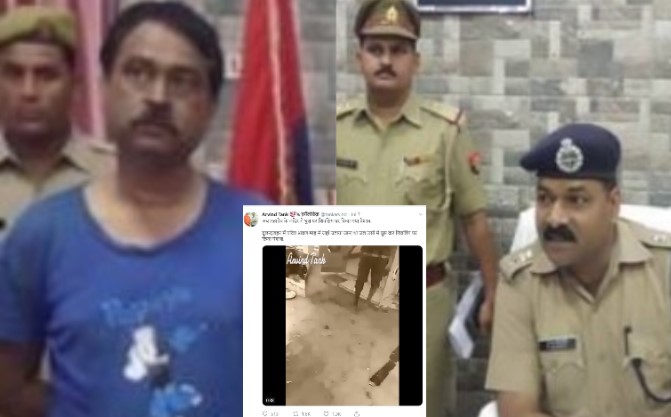 The video was retweeted 1,400 times while it received 1,500 likes. Four days after Tank tweeted the video with a caption that read, “This is the incident of urination at the Shiv ling idol inside a temple. In the Holy month of Shravan, where water was meant to have been offered, the Shiv ling idol has been urinated upon.” 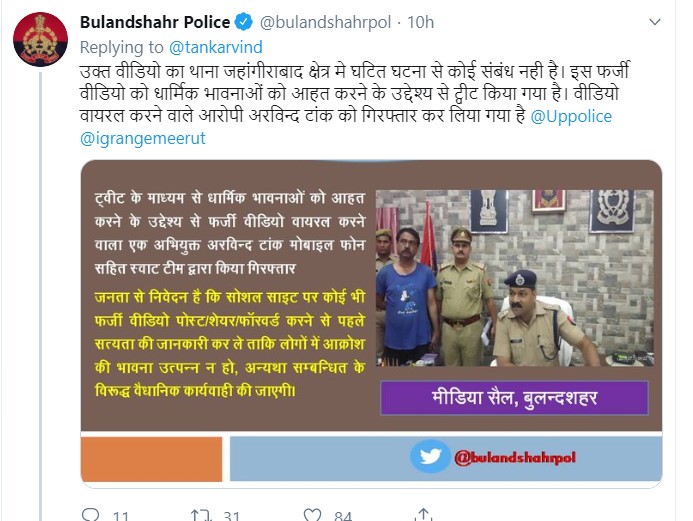 Last week, a member of the militant Hindu organisation, Bajrang Dal, had alleged that a Muslim man had desecrated a Shiv Ling idol inside a temple. The Bulandshahr Police had confirmed receiving the complaint by the Bajrang Dal, adding that the cops had arrested one Irshad and launched a probe into the matter.

A tweet by the Bulandshahr Police had said, “Regarding that incident, police have arrested one Irshad alias Irani and booked him under the IPC Sections 295, 153A at the Jahangirabad Police Station. Police acted swiftly and sent the accused to jail after arresting him.”

While the alleged crime by Irshad is under investigation, Tank had mischievously begun to circulate this video claiming it to be that of the same incident that Irshad was allegedly involved in.

The swift action by the Bulandshahr Police deserves plenty of plaudits since not only will it deter others from resorting to such mischief in the future, but the men in uniform have also prevented potential communal violence in the area.