Social media platform Twitter on Friday exploded with claims that the underworld don Chhota Rajan had died due to COVID-19 complications. However, news agency ANI later reported that the AIIMS authorities had denied the rumours adding that Rajan was still alive. Netizens have begun questioning his treatment at Delhi’s All India Institute of Medical Sciences given that ordinary members of the public were struggling to secure a bed for themselves during the deadly pandemic. 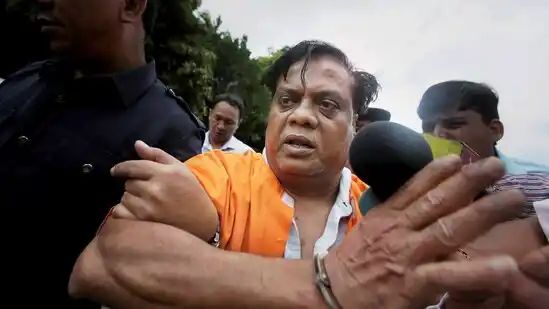 Rajan, a former aide of underworld don Dawood Ibrahim, is facing as many as 70 criminal cases against him. These charges include extortion and murder in Mumbai. He was convicted and sentenced for life in 2018 in a case related to the murder of journalist Jyotirmoy Dey in 2011.

Rajan was shifted to the AIIMS after he tested positive for coronavirus, raising questions over special treatment extended to a convicted murderer. The topic once gained momentum on Twitter on Friday after the don was rumoured to have died.

Common citizens are not getting beds….why would Chhota Rajan be provided with a bed in AIIMS. ..he should be last in the list

The fact that Chhota Rajan got a hospital bed at AIIMS for his treatment is staggering. especially when innocent citizens are gasping for breath. Flawed system #DawoodIbrahim #ChhotaRajan

So, Chhota Rajan is dead. Was getting treatment in AIIMS. Life of an honest, ordinary citizen is so penny. While he is running from pillar to post craving for O2, a terrorist & a criminal booked under NSA getting treated in the highest medical institution in the country.