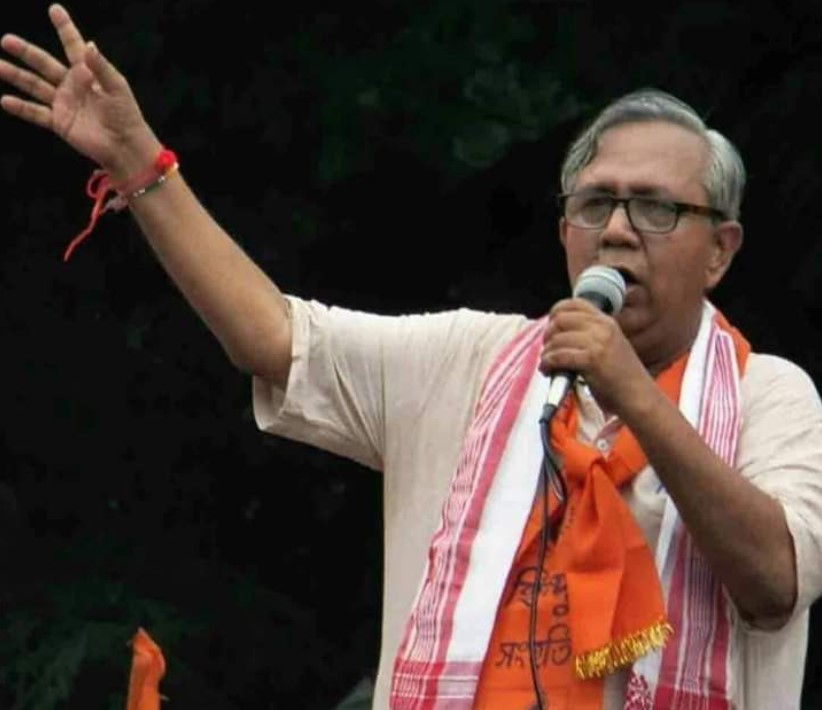 Swapan Dasgupta tweeted “Tapan Ghosh died this evening. He was one of the most dedicated soldiers fighting for Hindu Unity and Sanghthan in West Bengal. He gave his live to this cause, inspiring thousands through personal example. He will always be remembered and provide constant inspiration. Om Shanti”

Ghosh was receiving treatment for COVID-19 at a Kolkata hospital. He had shot to fame in 2018 when his supporters beat up media persons in Kolkata as they tried to speak to the ‘Muslim family’ that the outfit claimed to have converted to Hinduism at a special event.

He was later arrested along with three of his supporters. One of the speakers at his controversial event was Major General (Retd) GD Bakshi, a known RSS supporter and proponent of Hindutva ideology.