Microblogging site Twitter on Sunday removed an Islamophobic post by Prime Minister Narendra Modi’s BJP while Mark Zuckerberg-owned Instagram has chosen to not act against the caricature depicting the public hanging of Muslims wearing skullcaps. 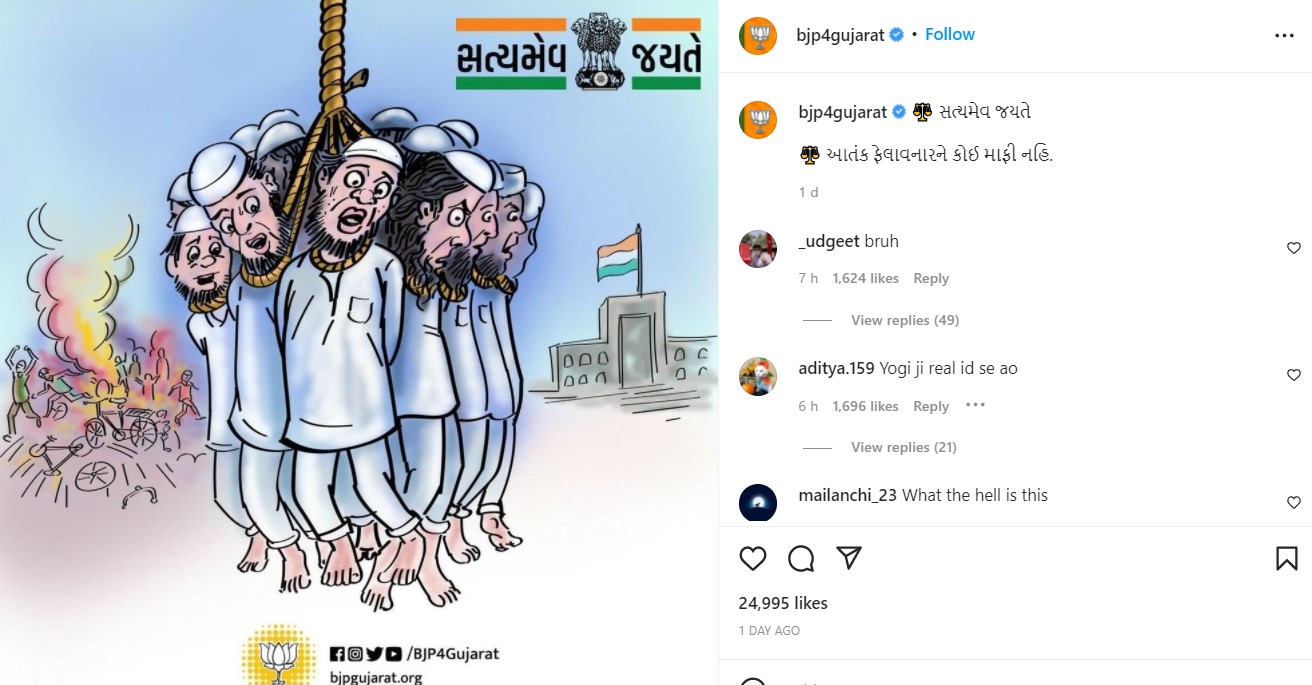 The post was shared with a caption in Gujarati that read, “Satyamev Jayate. No forgiveness to those spreading terror.”

Zuckerberg had to face global condemnation in 2020 after it merged how his top colleagues working for Facebook and WhatsApp had helped the BJP promote Islamophobia in India.

This was after a special court awarded the death sentence to 38 of 49 convicts in the 2008 bomb blast case. The remaining 11 were awarded life terms in jail.