AAP leaders have accused the BJP of trying to kill Arvind Kejriwal after BJP workers on Tuesday vandalised the Delhi chief minister’s house and clashed with the Delhi Police. 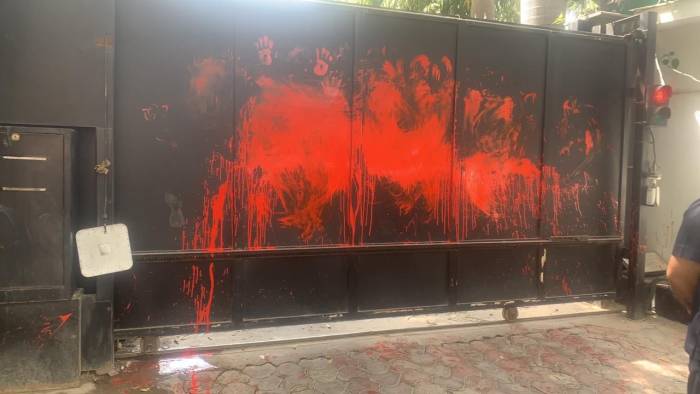 Reacting to the incident, Kejriwal’s deputy Manish Sisodia said that the BJP was trying to ‘murder’ Kejriwal after being defeated by the AAP in the just-concluded Punjab assembly polls.

“Due to AAP’s victory and BJP’s defeat in Punjab, BJP wants to murder Arvind Kejriwal. BJP goons were deliberately taken by the police to the residence of CM Kejriwal. They broke the CCTV cameras and barriers in front of the CM’s residence,” Sisodia was quoted by ANI as saying.

He added, “Just because BJP cannot defeat Kejriwal, they are trying to kill him. Today’s incident was a pre-orchestrated plan of the BJP to murder the CM.”

Another AAP leader, Raghav Chadha, told ANI, “ince AAP has formed its govt in Punjab, BJP went insane. They contested against Kejriwal Ji many times in Punjab & Delhi; got defeated. BJP has an insecurity that their business will stop… BJP goons attacked today because that’s their politics.”

Punjab Chief Minister Bhagwant Mann tweeted, “The anger of the BJP is clearly visible in Punjab due to the crushing defeat at the hands of the Aam Aadmi Party. The attack on the house of Chief Minister Delhi, @arvindkejriwal ji in the presence of police is a cowardly act. Now it is clear that BJP is only afraid of AAP and Arvind Kejriwal.”

The BJP had reacted angrily to Kejriwal’s comments about Vivek Agnihotri’s film Kashmir Files in the Delhi assembly recently. Mocking the saffron party, Kejriwal had said that BJP leaders were seen putting up posters of the film instead of rehabilitating Kashmiri Pandits. Responding to the demand to declare Kashmir Files tax-free in Delhi, Kejriwal had said Agnihotri should upload the film on YouTube for people to watch it for free.

He had later defended his statement during an interview with Times Now’s Navika Kumar.

The AAP recently swept the Punjab polls by winning 92 out of 117 seats in the state assembly.