Luizinho Faleiro of the Trinamool Congress has withdrawn his candidature from the next month’s Goa elections prompting the rival Goa Forward Party to attack Mamata Banerjee-led party accusing it of humiliating Goans. 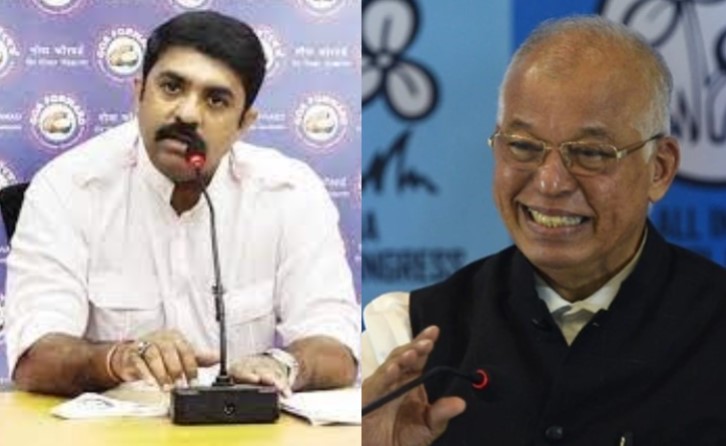 Faleiro, who was declared a Trinamool candidate from Fatorda constituency, dropped out of the contest saying that he had passed on the baton to a young colleague, Seoula Avilia Vas.

Faleiro was quoted by ANI as saying, “I announce my withdrawal as Goa TMC candidate from Fatorda and hand over the baton to a young woman advocate. That has been the policy of the party – to empower the women.”

Reacting to the news of Faleiro being replaced with a new candidate, Goa Forward Party tweeted from its official handle, “@AITCofficial sacrifices another #Goemkar! After humiliating one #Goan by declaring him candidate without his knowledge, another one is ordered to replace him at the last minute so that the #Bengal #highcommand in #Goa can save face. #Goa & #Goans are dispensable in their games!”

He had added, “I embraced TMC to fight BJP and their juggernaut and I will not back down from this fight. As a disciplined man, I will continue to work hard till the BJP is defeated. I have full faith that the Goa TMC will bring in the new dawn that every Goan is eagerly awaiting!”

This is propaganda being spread by those rattled by the support & blessings that the people of Goa have showered on my party.
Goa TMC is the only party that will fight for Goa & emerge victorious!

Goa goes to polls in a single phase on 14 February with the Trinamool Congress entering the electoral fray this time. The Goa Forward Partyis contesting the polls in alliance with the Congress. Both these parties have done exceedingly well in the local body elections in Fatorda.