The Supreme Court on Wednesday bluntly turned down the request to provide protection from arrest to artists associated with the Amazon web series Tandav and asked the concerned individuals to approach respective high courts in different states for remedy. The top court, however, agreed to club multiple FIRs filed against the makers and actors of Tandav for allegedly hurting the religious sentiments of the Hindu community. 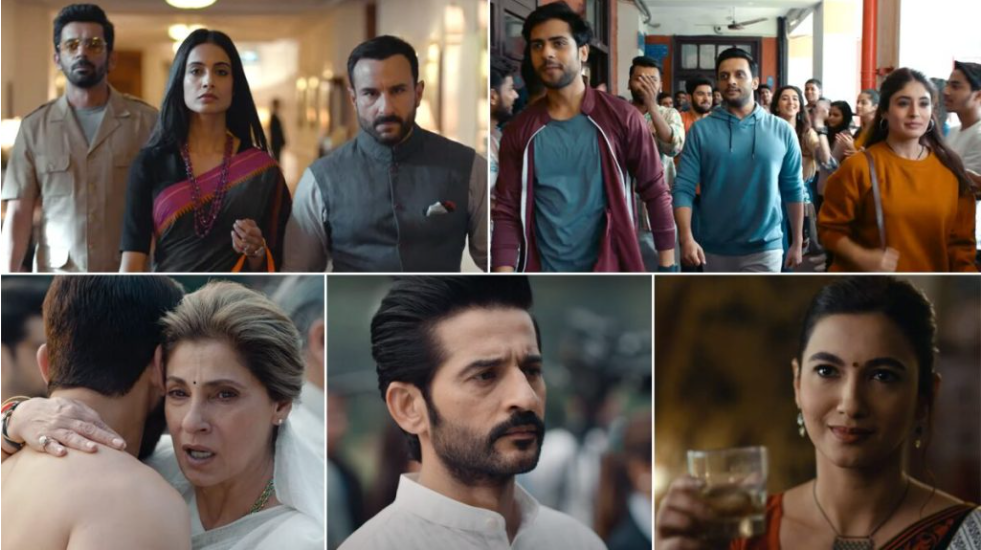 The Supreme Court Bench comprising Justices Ashok Bhushan, R. Subhash Reddy and MR Shah, according to the Livelaw website, orally remarked during hearing that religious sentiments could not be hurt.

The top court turned down the arguments made by the lawyers including Mukul Rohatgi, Fali Nariman, Sidharth Luthra and Siddharth Agarwal that the Supreme Court had provided protection from arrest to TV anchor Amish Devgan when he insulted the Muslim sentiments by making disparaging jibes against sufi saint Khwaja Ghareeb Nawaz of Ajmer Sharif.

When Zeeshan’s lawyer said that the statements of the character could not be attributed to the actor, Justice Shah said, “You accepted the contract after reading the script. You cannot hurt religious sentiments.

Agarwal : The statements of the character cannot be attributed to the actor.

Justice Shah : You accepted the contract after reading the script. You cannot hurt religious sentiments.#Tandav #SupremeCourt

It seems the judges were in no mood to listen to any of the arguments. When Rohatgi made a reference to the Arnab Goswami judgment where multiple FIRs were quashed under Article 32, Justice Shah said that there was another judgment that refused to quash such FIRs after the Republic TV founder’s case.

Though the Bench agreed to club multiple FIRs, it refused to provide protection from arrest. Making a desperate plea one last time, Rohatgi said, “We also need protection. We will be arrested by six different state polices.” But Justice Shah replied, “We cannot use the power under Section 482 CrPC (to stay arrest).”

Rohatgi said that Justices Chandrachud and Shah had granted interim protection in the Arnab Goswami case adding that it was recorded in the order. Luthra added that the Amish Devgan order too granted similar protection.