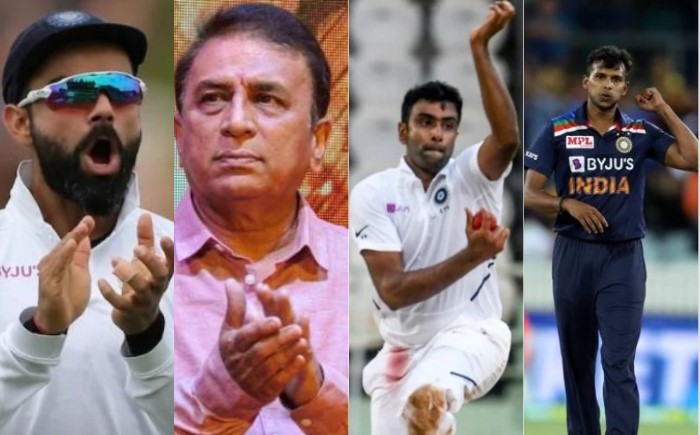 The Indian batting legend singled out Ashwin, who has performed exceedingly well in the first Test against Australia even though India lost the match by eight wickets. “Any other country would welcome a bowler who has more than 350 Test wickets and not to forget four Test match centuries, too. However, if Ashwin doesn’t take heaps of wickets in one game he is invariably sidelined for the next one,” Gavaskar wrote for the Sportstar website adding that this wouldn’t happen ‘to established batsmen though.’

“Even if they fail in one game they get another chance and another and another but for Ashwin the rules seem to be different,” Gavaskar continued.

Gavaskar went on to reveal that another player, also from Tamil Nadu, was T Natarajan, who was now being meted out the same discriminatory treatment by the team management. Gavaskar wrote, “Another player who will wonder about the rules, but, of course, can’t make any noise about it as he is a newcomer. It is T. Natarajan.”

Gavaskar wrote that Natarajan became ‘a father for the first time even as the IPL playoffs were going on.’  “He was taken to Australia directly from UAE and then looking at his brilliant performances, he was asked to stay on for the Test series but not as a part of the team but as a net bowler. Imagine that. A match winner, albeit in another format, being asked to be a net bowler. He will thus return home only after the series ends in the third week of January and get to see his daughter for the first time then.”

The Indian batting legend highlighted the glaring biases by writing that Indian skipper Virat Kohli had returned to India only after the first Test for the birth of his first child. But young Natarajan is being forced to wait for months to see his first child.