Union Minister Smriti Irani on Wednesday warned Amethi DM Prashant Sharma to not behave like a ruler after a video of the IAS officer misbehaving with a relative of a murder victim went viral. In the viral video, Sharma was seen speaking to the brother of one Vijay Kumar Singh alias Sonu Singh rudely and dragging him by holding his collar. 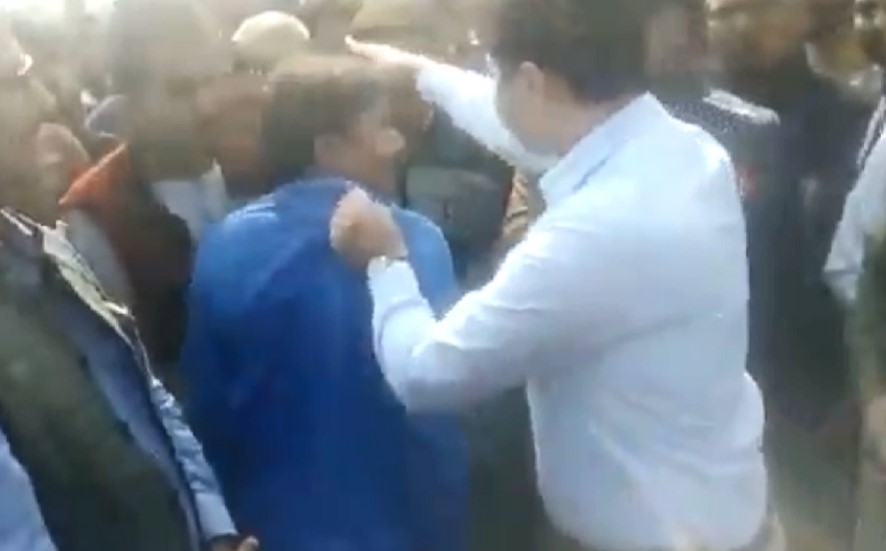 Sonu Singh was murdered by unknown killers on Tuesday night. His murder had prompted his family members and relatives to stage a protest in the area. In the viral video, Sharma was seen claiming that there was not a single country in the world where murder doesn’t take place.

Then to show the Dial 100 vehicle parked nearby, the DM held the collar of one Sunil Singh, a cousin of the murdered victim. He was essentially trying to make a point that, had they contacted the Dial 100 vehicle, the murder could have been prevented. He was also flaunting his title as the ‘senior-most administrative officer of the district.’

Irani tweeted, “Our efforts should be to become sensitive since we are people’s servants and not their rulers.”

Irani, who won this year’s Lok Sabha polls from Amethi, also tagged the DM in her tweet.

According to reports, Sonu Singh owned a brick kiln and his father Shivnayak Singh is a senior leader of the ruling Bharatiya Janata Party (BJP) in the district.

Responding to Irani’s tweet, the DM shared a video message from Sunil Singh, who denied being ill-treated by the IAS officer.