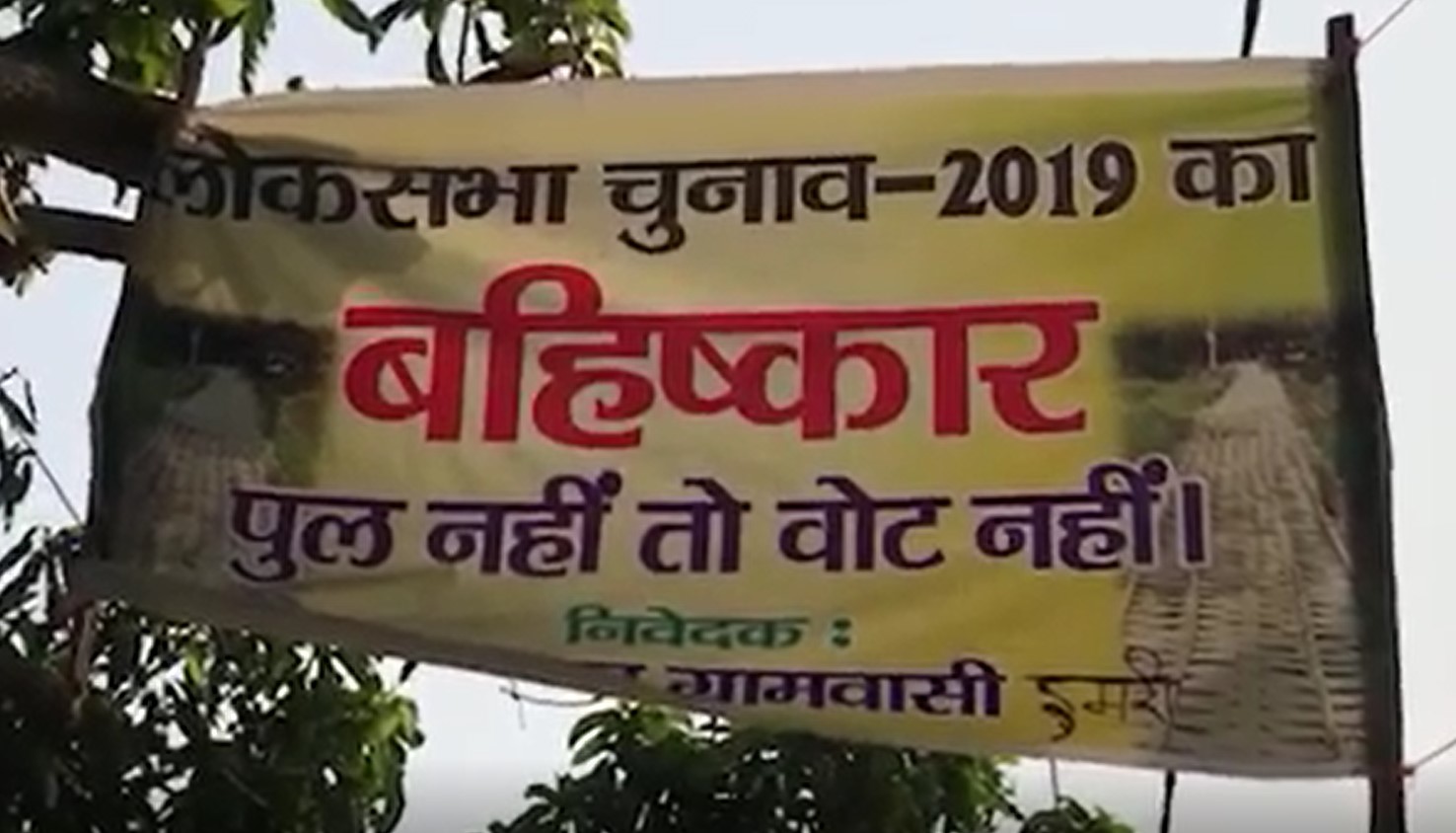 Speaking to Janta Ka Reporter, local residents of Dumri village said that they had been desperately contacting their elected representatives drawing their attention to their plight, but to no avail.

One resident said, “Our village is cut off from the rest of the region in the absence of a bridge. What we have in the name of a bridge is one improvised structure that we villagers constructed using bamboo. It’s extremely unsafe and has often been a reason for several accidents.”

Echoing his sentiments, another villager (Watch video) said that a youth had lost his life after falling off the bridge a few years ago. One boy showed us his fractured hand to inform us how he had slipped off the bamboo bridge recently. “My bandage has just come off, but I still can’t move my hand,’ he told Janta Ka Reporter.

With 2,000 voters, Dumri falls under the Muzaffarpur Lok Sabha constituency. While the sitting MP Ajay Nishad is from the BJP, the local MLA belongs to the RJD. But, residents complain that lawmakers cutting across party lines had ignored their plight.

Another disadvantage of the lack of connectivity according to the villagers is that it has also severely restricted the marriage prospects of their children.

One elderly person said, “Nobody wants to marry their daughters here. The moment they see this dilapidated structure in the name of a bridge, they call off the marriage talks.”

While the villagers say that they are feeling sad about not being able to take part in this year’s elections, the call for a boycott was a last resort in order to seek justice for their years of struggle.