“Fascism is not itself a new order. It is the future refusing to be born.”

That was a famous quote by Aneurin Bevan and it characterises the rise of Islamo-fascism in the form of ISIS, the far right in Europe and USA and Hindutva brand of nationalism in India.

Soon after winning the 2019 Indian parliamentary elections, the prime minister of India made a victory speech to his cadres where he mocked opposition parties for espousing secularism. He seemed convinced that his communally infused campaign had got a thumbs up from the Indian electorate after a convincing victory. His speech was a culmination of a string of dog whistles and actions by his supporters and party leaders during his tenure as prime minister. 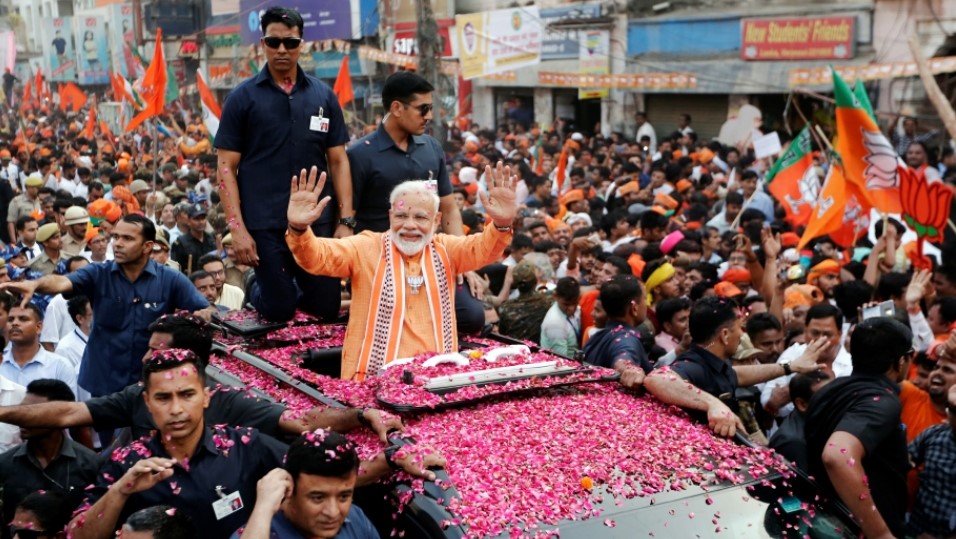 Modi’s first term as India’s prime minister saw; Anti minority antagonistic speeches gaining normalcy, the othering of Muslims and Christians, cultural genocide against Muslims by using state machinery by changing the names of Mughalsarai to Pandit Deendayal Upaddhyay station, Allahabad to Prayagraj and Faizabad to Ayodhya. Add to that killings of dozens of innocent Muslims in the guise of respecting cows, frequent attacks on Christian churches and churchgoers, appointment of extremist Hindu political leaders and known hate-mongers to positions of power, coercive ‘Ghar Wapasi programmes’ designed to reconvert Christians and Muslims and attempts to create an atmosphere of fear and insecurity amongst minorities.

Modi’s landslide victory in the last month’s parliamentary polls has forced Indian minorities to seriously examine their future course of action for their survival in India. Chatters from minorities over ‘What do we do now?’ are gaining momentum with some affluent minorities even contemplating leaving India.

I would propose two courses of action for the Minorities. The first and morally right thing to do is join forces with secular-minded groups like the Samajwadi Party, the Trinamool, the DMK, the Communist parties, the RJD, and a reformed Congress party and fight to keep India a secular State. However with a sweeping mandate for the BJP despite unemployment touching a 45-year high and economic growth slowing down considerably, it’s quite clear that the BJP has successfully managed to communally hack the minds of the Hindu majority in India.

The saffron party under Modi and BJP President Amit Shah have also succeeded in communalising some government and constitutional institutions. There is a certain mass hysteria that seems to have been generated around Narendra Modi as a cult figure with his agenda of ultra-nationalism and his brand of Hindutva. Even a tweet by the BJP leader and ex-cricketer Gautam Gambhir upholding secularism was criticised by his right-wing friends including actor Anupam Kher. I am surprised he was not mocked as ‘sickular’( a slur used against secular individuals).

The second and complimentary course of action for Indian minorities in times to come would be to politically mobilise themselves on religious grounds under one umbrella and seek economic rights, political representation and quotas in government and other institutions along with advocating for other fundamental rights for minorities. Currently, Muslims form nearly 15% (according to the government data) of the Indian population but they have only 27 MPs representing them which is only 5% of the total number of MPs in the parliament.

As the BJP openly declares itself as a party that wants to promote Hindutva and Hindu interests and we have SAD ( Shiromani Akali Dal) promoting the interests for Sikhs, it is only logical and fair to state that we need parties to represent other religious minority groups such as Muslims and Christians since they have relied on the currently dysfunctional and poorly-led Congress party that itself has embarked on the agenda of soft Hindutva.

Sincere and capable individuals and groups must come forward to form and lead new political movements based on religious or pseudo-religious grounds to represent the interests of Muslims, Christians and other minority groups respectively. Each new political party should avoid spreading their theology or religion rather it should be a force for advancing the economic, social and cultural rights and progress of its respective community.

I must also state that the leadership and members of these political parties must not aspire for personal glory, shun corrupt despotic behaviour, not allow the development of personality cults and avoid verbal belligerence and the use of physical violence. The leaders don’t have to be highly educated doctors, engineers or scholars rather they have to be decent human beings who have their communities interests at heart and are able to effectively represent those interests.

But we have Owaisi, Muslim League

One might argue that the Muslims already have a party based on religious grounds such as the Muslim league and the AIMIM. Personally, I’ve been unimpressed with the leadership of the AIMIM as they had supported regressive ideas like Triple Talaq and are too antagonistic in their approach. The Muslim League does not seem to have the pan-India reach and influence like the BJP.

The political parties I am suggesting should preferably be borne out of a moderate progressive Islamic and Christian ideology and should have a non-political ideological mentor. Ennahda in Tunisia is a good case study of a political party that is inspired by progressive Islam while being committed to the separation of State from Religion. The political models I am proposing for religious minorities are used in countries like Iran and Lebanon and for ethnic minorities in Germany and Romania.

I must emphatically say that I aspire for a society where political parties are not based on religion.In an ideal world I am strongly opposed to mobilising political movements on religious grounds, however we can all see the BJP and its leaders openly or covertly canvassing for elections by invoking Hindu culture and declaring Islam and Christianity non-Indian faiths and so ground realities have forced me to take a practical approach to protecting minorities. The equations are simple. Hindus and compliant minorities who accept hegemonic Hinduism have the BJP to represent their interests while Muslims and Christians lack that kind of effective representation leading to their disenfranchisement. Muslims and Christians are as much a part of the Indian social fabric as any other community and against the current onslaught have to vigorously protect their communities interests and advocate for the preservation of their culture by campaigning against actions like changing the names of cities and places. In a future Hindu State or an India that is secular just on paper as is the case now by what the country’s majority has chosen by giving Narendra Modi a bigger majority, Muslims, Christians and other minorities have to mobilise themselves to chart a new course for their respective religious groups.

(The author is an Australian-Indian social commentator based in Melbourne and writes using the pen name Farris Omar. Views expressed here are the author’s own.)