Supreme Court Judge Justice Arun Mishra said on Tuesday that he was extremely upset over doubts being cast on social media about his role as the head of a Constitution Bench to examine issues related to the Land Acquisition Act. He said that not only the social media posts were against a particular judge but they also sought to malign the institution. His comments came amidst experts and journalists casting doubt over his role in light of the involvement of Mukesh Ambani-owned Reliance Industries in the case. 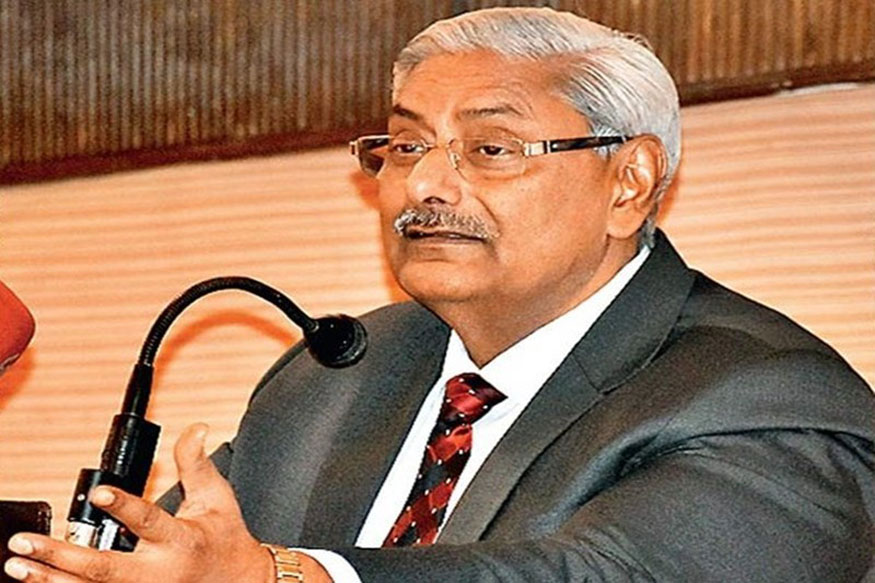 Justice Mishra was referring to social media posts by some experts and journalists questioning his presence as the head of the Constitution Bench. Representing some of the petitioners in the matter, lawyer Shyam Divan, according to news agency PTI, argued that since the presiding judge of the five-judge Constitution Bench was a signatory of the verdict being examined, his impartiality may be questioned.

This irked Justice Mishra, who warned the lawyer to be careful about the selection of his words. He said, “‘Impartiality’, the word used by you, hurts. If you want to insult, do it. You have got the licence to do it. What will the common public feel? Argue in a better way. Use respectful language in court. You have used this word a number of times.”

Divan, according to Livelaw website, said, “Bias may be defined as a pre-conceived opinion or a pre-disposition or pre-determination to decide a case or an issue in a particular manner, so much so that such pre-disposition does not leave the mind open to conviction. It is, in fact, a condition of mind, which sways judgments and renders the Judge unable to exercise impartiality in a particular case.”

The All India Farmer Association had recently written a letter to the Chief Justice of India Ranjan Gogoi on Monday asking for the recusal of Justice Mishra from the bench constituted to examine the interpretation of Section 24(2) of the Right to Fair Compensation and Transparency in Land Acquisition, Rehabilitation and Resettlement Act, 2013 (RFCTLARR Act).

In 2018, a three-judge Bench headed by Justice Mishra hearing a case related to the interpretation of Section 24(2) had said that if landowners were offered compensation and they refused to accept it, then the land will not be returned to them.

This prompted CJI Gogoi to constitute a larger Bench to examine the interpretation of the Land Acquisition Bill afresh. But what irked constitutional experts and several journalists was the appointment of Justice Mishra as the head of the five-judge Constitutional Bench.

Journalists Kumar Sambhav Shrivastava took to Twitter to write a long thread explaining why questions may be raised over the presence of Justice Mishra as the head of the five-judge Bench. The journalist also elaborated the Mukesh Ambani’s link to the controversy.

Shrivastava wrote, “Friends, I have a short story to tell. About the functioning of the Indian Judiciary. It has characters, plots and subplots. Also a climax. Stay with me till the end.”

He continued, “In 2005, India’s richest corporation, Reliance Industries wanted to develop a special economic zone (SEZ) in Gujarat’s Jamnagar. The state began to acquire 25 sq km land for it but some farmers refused to give up. The land acquisition got stalled — for nearly a decade.

“In 2014, the Cong govt passed a new land acquisition law (LARR). Section 24(2) of the law says land acquisition initiated under the older laws would lapse if the developer has not taken possession of the land for 5 years or compensation not deposited in land owners’ account.”

A new government under Prime Minister Narendra Modi was formed at the Centre a few months later.  “The BJP-led Centre and several state governments got worried if farmers and other landowners began using this specific provision of the law, many unfinished projects would get delayed,” he added.

Shrivastava wrote, “In next few months, farmers and land owners across the country approached courts to get either their land back or a better deal from deveopers using Section 24(2). In hundreds of judgments, the Supreme Court (SC) and the state high courts (HCs) decided in favour of farmers.

“The famers of Jamnagar also approached the Gujarat HC against the Reliance SEZ using the provision. While the case was being heard, the Centre tried to knock out the Section 24(2), first with an ordinance and then with the amendment to LARR. But failed due to opposition.”

This gave rise to a perception that what the government at the Centre had failed to achieve in the Parliament, Mukesh Ambani’s Reliance achieved through the court. Reliance Industries then filed a counter petition in the Gujarat High Court demanding that Section 24(2) be declared invalid or not be applied on private projects. The High Court, according to journalist Shrivastava, agreed with Mukesh Ambani’s Reliance Industries.

Thread: Friends, I have a short story to tell. About the functioning of the Indian Judiciary. It has characters, plots and subplots. Also a climax. Stay with me till the end. (1/n)

This judgment was expected to benefit Reliance Industries in its case, which was scheduled to come up for hearing before a two-judge Bench headed by Justice Mishra himself. The interpretation of Section 24(2) in the judgment delivered by Justice Mishra, according to journalist Shrivastava, was the same as the changes that the BJP government sought to bring through the ordinance but failed.

This month, the Supreme Court notified that a five-judge Constitution Bench headed by Justice Mishra and comprising Justices Indira Banerjee, Vineet Saran, MR Shah and Ravindra Bhat will start hearing at least five matters related to the interpretation of the Land Acquisition Act.

In August this year, senior advocate Dushyant Dave wrote to Chief Justice of India Ranjan Gogoi alleging that the Bench of Justice Arun Mishra and Justice MR Shah had heard a case on 21 May even though the matter had not been referred to be listed during the summer vacations by any regular bench. Dave, according to Business Standard, had also added that there was no urgency in the matter whatsoever.

Former President of Supreme Court Bar Association Dushyant Dave has written a letter to the CJI alleging that cases with high commercial stakes for Adani group were irregularly listed before a particular bench(Arun Mishra J)in violation of the SC procedure https://t.co/v1LdyskAR3

In the wake of Sr. Adv Dushyant Dave’s open letter about Justice Arun Mishra violating norms of listing and passing orders favouring Adani & the SC refusing to act – banana republic is the only way to describe New India https://t.co/QXoWwHREzC

The case in question was filed by Parsa Kenta Collieries, a coal mining joint venture of Adani, against the Rajasthan Rajya Vidyut Utpadan Nigam.