Popular TV actress Saumya Tandon has reportedly resumed the shooting for Bhabhi Ji Ghar Par Hain after a prolonged maternity leave. Quoting sources, an entertainment portal reported that Saumya will be seen on screen from next week. 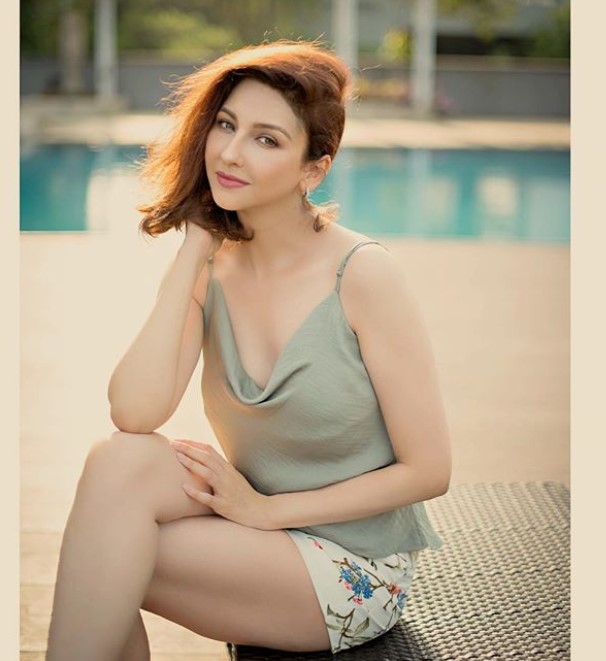 Aasif Shaikh, who plays the character of her husband in the popular &TV drama, was quoted by IWMBuzz as saying, “Saumya’s absence did affect the creative process, as originally the plot was premised on two men eyeing their neighbouring bhabhis. Luckily though, the ratings were not affected for we had shot a lot with her before she took leave. But yes, the scenes were less.”

Aasif also reportedly told the portal that “Anita (Saumya’s character in the TV series) will be back on screen by next week. We have already started shooting with her.”

Saumya had given birth to her first child, named Miraan, in January this year.  She has not yet reacted to the report of returning to TV screen.

The popular actress had become a hero in February this year when it emerged that she was one of the four actors, who had refused to sell their soul for money to Cobrapost investigative team. While as many as 36 celebrities from the entertainment industry had agreed to accept money to push a political party’s agenda using their social media pages, Saumya had bluntly refused to be a part of this dirty game.

This #womansday2019 I look at you and can’t believe I could create something as beautiful and precious like you. Women can create miracles and do impossible. To all the wonderful women a shout out to you all – just believe in yourself and do wonders #happywomansday2019 . Thanks for this lovely picture to the amazing @sachin113photographer

Later speaking to Janta Ka Reporter, Saumya had said that she will never sell her self for money. She had said, “Well, in my 12 years of career in the entertainment industry, there have been many times that I have been approached for either endorsing a political party especially closer to the elections or to rally for a particular candidate or talk about a particular party on social media or go attend their parties. I have never done that. I will never do that.”