Indian batsman Rohit Sharma’s unfair dismissal against West Indies had sparked a huge controversy on Thursday with Indian fans even vandalising the Wikipedia page of Michael Gough. Rohit Sharma was dismissed for just 18 even as the on-field umpire had decided that he was not out. 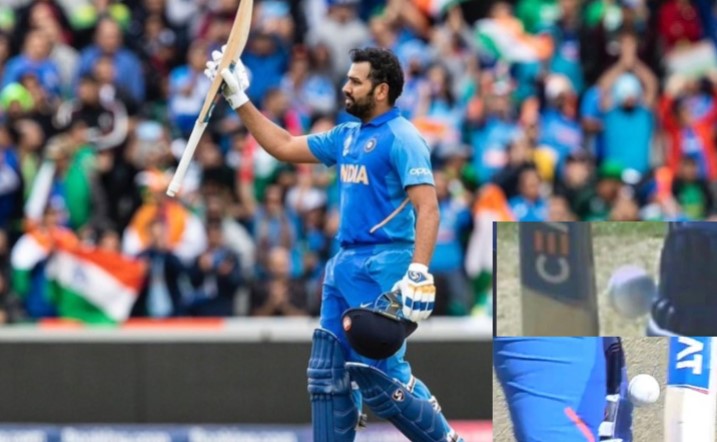 However, West Indies appealed for a review and the third umpire Michael Gough reversed the on-field umpire’s decision even though the action replay clearly showed a daylight gap between the bat and the ball. The decision by the third umpire brought the reliability of the Decision Review System under the scanner.

Sharma was seen leaving the ground in frustration. A day later, he took to Twitter to finally react to his unfair dismissal. He posted a screenshot of the video of the moment when the ball was passing through him without touching his bat. Sharma used two emojis to hit back at the third umpire. While the first emoji used by Sharma implied ‘facepalm’ moment for Gough, the second emoji was of ‘eyes’ implying that the third umpire ought to have used his eyes better while reviewing the decision.

Sharma has continued to receive support from his fans. One wrote, “Third Umpires should be called Third class Umpires! We are with you, Rohit!” Another wrote, “I can hear this image.. perfectly synced with situation.”

While India went on to win the match comfortably, Sharma was denied a chance to score more runs in the game.

West Indies suffered a dramatic collapse in their batting in front of a tight Indian bowling attack as they lost their crucial World Cup match at Old Trafford by 125 runs.